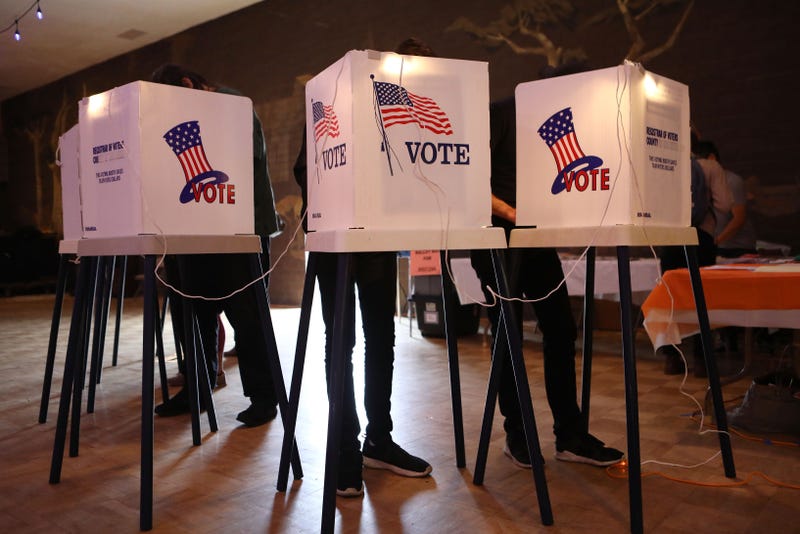 (KCBS Radio) — National attention is on the Iowa caucus, but in California voters have already started submitting their primary ballots. And thanks to California’s increasing focus on early voting and mail-in ballots, the candidates may not want to wait to make their case in the state.

California’s primary opened on Monday and lasts through the Super Tuesday contests on March 3. By then, the results will be in from Iowa, New Hampshire, Nevada and South Carolina.

But only about one-third of Democratic voters in the state are expected to wait until Election Day to submit their ballots, according to Political Data, Inc. in Sacramento. Even fewer will do it for strategic reasons.

“It’s definitely something that we do but normal people just don’t,” said Paul Mitchell, vice president of PDI. “Maybe they’ve even been waiting for four years for a chance to vote for somebody else for president. They’re not going to sit around and leave this thing on the kitchen counter for three weeks.”

Mitchell estimates that 5% of Democratic voters in the state will send in their ballots this week. He expects 25% to vote by the Nevada caucus on Feb. 22, and 70% by Election Day.

That is why Mitchell expects an influx of candidates to California after the New Hampshire primary on Feb. 11.

“There’s way more delegates available in California than any of the other Super Tuesday states and also any of these four early primary states,” said Mitchell. “And I think they’re getting the message that if they don’t come to California pretty soon, they’re going to show up and the electorate will have already voted.”

Vote-by-mail ballots have already been sent out, but you can register to vote online or by mail by Feb. 18.

A new California law also allows voters to register conditionally as late as Election Day, meaning your ballot will be counted after elections officials verify your eligibility.