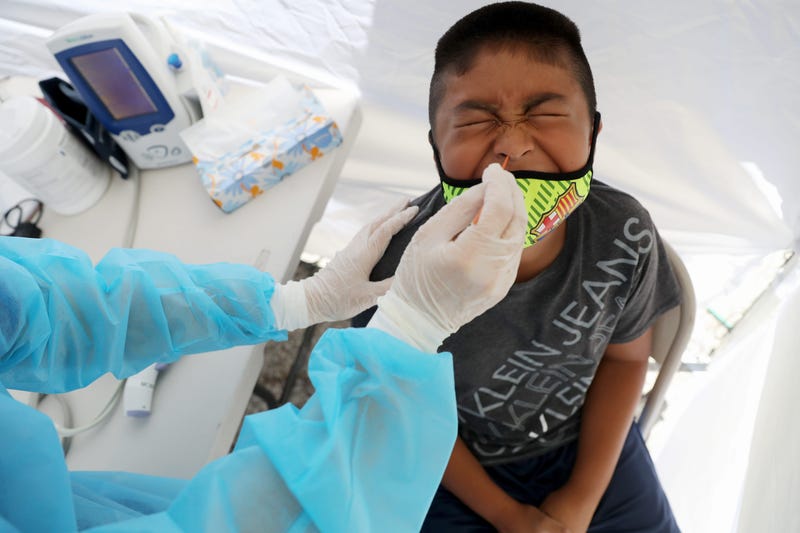 More U.S. kids are coming down with a rare inflammatory disorder associated with COVID-19 called multi-system inflammatory syndrome, or MISC.

“Some of these children are presenting very sick, in shock, with low blood pressure, requiring intensive care,” explained Dr. Nadine Choueiter with the Children’s Hospital at the Montifiore Medical Center in New York. “We have children who are presenting with inflammation of multiple organs, including the heart, lungs, gastrointestinal system and the skin.”

Children who come down with MISC have either have COVID-19 or have antibodies for the disease.

“Thankfully, the majority though of these kids have recovered,” she said. “Where they come in with low heart function, that function recovers with 6-8 days completely back to normal. And that happened in the majority of cases, up to 95 or 96% of cases.”

Dr. Choueiter says the disorder itself is very rare, with a few hundred cases nationwide, and death even more so. And so far none of the patients who have recovered have become sick with MISC again.

But doctors still are not sure what causes the syndrome.

“Unlike adults where we have identified certain risk factors that puts adults at higher risk for COVID-19, the majority of these kids have been previously healthy and we are unable to identify which kids will get it and which kids will not,” she explained.

There have been just over dozen cases of MISC reported in California.