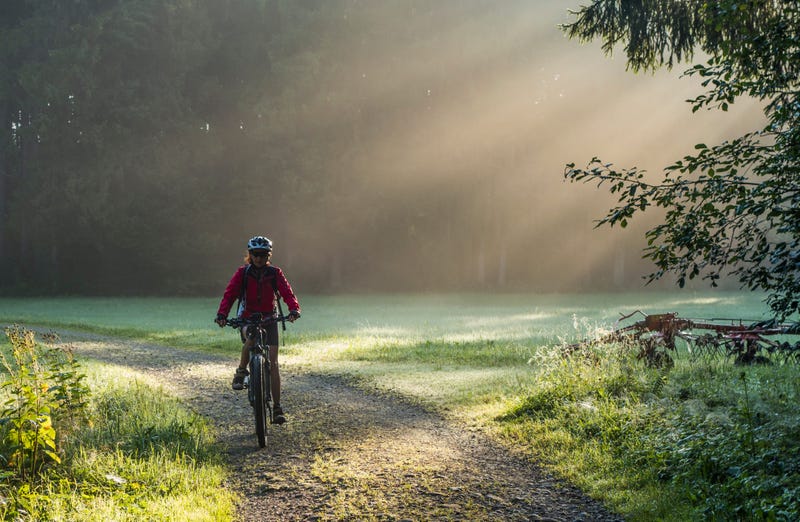 Photo credit Getty Images
By Jeffrey Schaub KCBS All News 106.9FM and 740AM

A coalition of Marin environmental groups has filed a federal court case to force the National Park Service to ban e-bikes on public trails.

That doesn’t sit well with Gordon Bennett, president of the Marin County-based environmental non-profit, Save Our Seashores.

He said that the National Park Service violated its own rules when it approved the use of e-bikes on trails.

“[The agreement to allow electric bikes on trails> was the result of a private meeting with e-bike manufacturers and the rules came out of that private meeting. That is a violation of the Advisory Commission Act,” said Bennett. “The original [National Park Service> bicycle rules went through a full environmental process where there was public comment and a National Environmental Policy Act review; none of that was done."

Bennett and a number of other environmental leaders who are parties to the lawsuit fear that e-bikes could pose a danger to cyclists, hikers and equestrians.

He said that some of the battery-powered bicycles can travel down these trails at speeds of 28 miles per hour.

“You’re supposed to hear from everybody, not just one side,” said Bennett.

The sales of e-bikes are the fastest growing segment of bicycle sales nationwide, according to global information company, NPD Group.

That fact has the National Park Service strongly defending its new e-bike policy. In a statement, the agency said the Park Service’s stance on e-bikes favors the public’s equal rights to recreation. The use of e-bikes on national park lands should be no different for traditional cyclists, hikers or walkers.