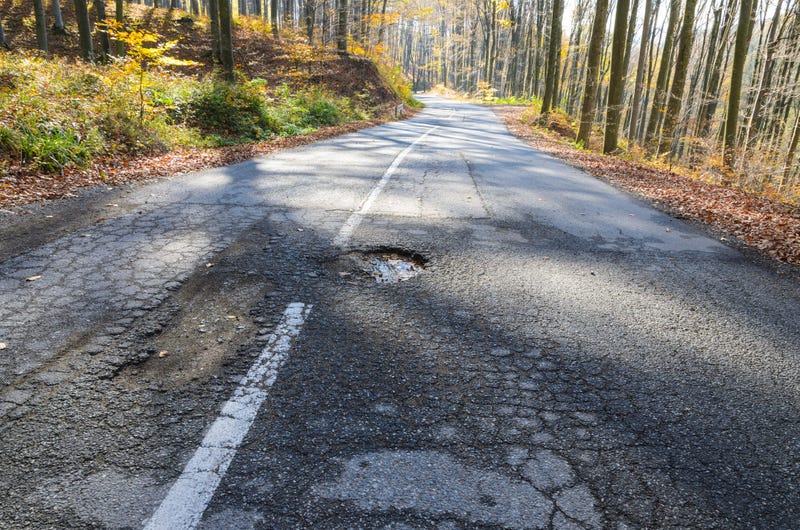 A new report found the coronavirus could have a devastating impact on the California’s rural highways and bridges, which are already in pretty bad shape.

In California's rural communities, 21% of roads are in poor condition, the 11th highest rate in the nation. Bridges are a bit better with only 9% rated poor or structurally deficient, but the pandemic is expected to make things even worse.

Rocky Moretti is the Director of Policy & Research at TRIP, the non-profit transportation research group that released the report. He said that

adding to the challenges, the state’s shelter in place orders are expected to reduce state transportation revenue by 30%, or $50 billion over the next 18 months.

“States actually are having significantly less revenue come in because people aren’t driving as much,” Moretti explained. “So they’re not collecting as much in gas taxes.”

He said that as a result, many road improvement projects in rural areas may be shelved.

”So if we start to see a lot of major projects gets dropped, we’ll suffer the consequences,” Moretti said.

If repair projects get passed over, rural highways and bridges will be more expensive to fix down the road and more dangerous for people to drive on.

TRIP is calling on Congress to ensure that many of these critical projects go forward.