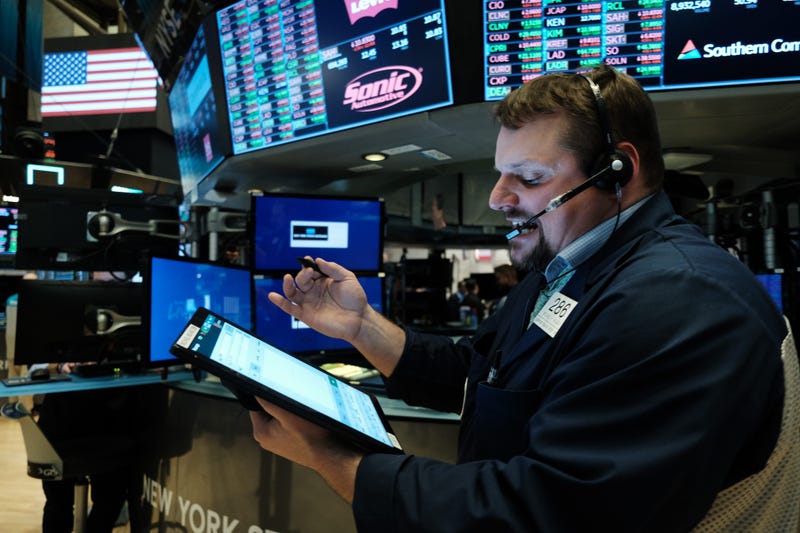 KCBS Radio sought answers for listeners' most pressing questions about their personal finances, the stimulus, and how to plan through the uncertianity of the coronavirus.

Q: I’m a psychotherapist working in Santa Rosa, now having to work remotely from my living room. Meanwhile, I must still pay rent on my business office. I’m forced to decide whether to let it go as it’s too expensive to not use, do I have any options to help with this rent?

JS: Absolutely. Frankly, if you’re a small business, and even if you’re an independent contractor, and if you’re an individual, if the rent is due there is a lot of relief. Pretty much every state, including California, has basically banned any landlord from throwing you out. But what you should do, if you’re feeling tight, is talk to your landlord and tell them ‘look, I am going to be back in this building, I am going to be able to do this, what I need is time.” And from there you start negotiating time, that’s the most important thing. I think when we go dark on these issues, that’s when you get into trouble. I think what’s also very clear, from my experience, is that there’s some people realizing that maybe they don’t actually need that office. They don’t want to welch on a lease that they signed, but they are re-thinking some of their needs going forward.

I spoke to one young man who’s a therapist with an office, he started seeing a lot of his clients via Skype. All of the sudden the clients are saying they actually like it, can get used to it, and maybe don’t have to come into the office. So people are re-thinking how they work, and also what’s going to be best for them going forward.

Q: Impact Lending just announced they are stopping operations for two weeks. I have a loan in process where the only thing needed is for them to release documents to the title company. My loan has to close on April 15th. Otherwise I lose the purchase of the home. Do I have any remedies against the company to help me close the loan since we’re at the final stage?

JS: That’s one I don’t know. If they’re closed, that’s very difficult. If you worked with a broker or some sort intermediary you would call that person. I’ll tell you what I would do though. Here it is two weeks before you’re supposed to close, I’d get busy. I’d get another mortgage broker. Mortgage brokers are very willing to take on this work. I would certainly explain the situation and see if you can get someone else to swoop in and help you out. You might end up paying a little more, but honestly, who cares? You want to close the loan.

This is force majeure, it’s an insurance term meaning "an act of God", it’s going to be tough to go after folks for this. I’ve heard this from people who want to go after colleges and try to get tuition back. It’s going to be very difficult to do that in the aftermath of this crisis.

JS: Your filing deadline is July 15th. Your payment would be delayed till July 15th. When I asked the IRS about when quarterly payments are due for people who are contractors, they said to still make your June 15th payment. And I said ‘What? So, you mean I'm going to make my estimated payment for this year, I’m going to make my June 15th payment, and then I'm going to file and make my other payment?” And they said, "yes."

I think that that's one of those rules that's going to get shifted a bit.

I will say that with your tax filing, I would be very careful about taking that extra time. Remember, 80% of filers just about get refunds, so if you need cash — go ahead and file. If you can file electronically, you might need that cash sooner rather than later. For those who owe money, take your time, take the deadline, pay attention to the deadlines.

The filing for 2019, for July 15th, that's all well and good. But if you do have quarterly payments, keep checking in. The IRS has been very good at communicating, they may shift that second payment - I'm not sure.

Q: And how about the states?

The states are going to follow along with the federal government, I think California already has. Some states haven't announced that they will follow along. They will. They all will. And so too, will municipalities if you are taxed at your municipal level. But yes, if you owe money, it's not due until July 15th. So you have a breather. And that's for everybody, not just those who are impacted by the virus.

Q: The deadline to file has been moved to July. Has the automatic six-month extension to October also been moved three months forward?

Fantastic question - no, it hasn't been moved. October 15th is still the extension deadline. So that's important.

Q: Regarding the restrictions on eviction — 90 days or six months from when till when? How will this work?

It looks to me that this is a state-by-state issue. From what I understand, at least from the actual federal bill, is that this will be from the time the bill is signed as their six month. But, states and lots of cities have broader moratoriums that last 30 to 90 days beyond the federal level, so unfortunately, you're going to have to do a little digging in your state or your municipality. I think the real important piece of this is that you must be communicating with your landlord. That's the most important thing.

Q:  I'm a caregiver and POA for a relative whose only income is minimum Social Security check and hasn’t filed taxes for years. How can he get qualified for stimulus money as he’s in a nursing home and can't sign any documents?

A: This is a good question. When we had the tax bill that passed that went into effect in 2018, a lot of employees who were used to deducting unreimbursed expenses for business found that they couldn't do that anymore. So you're an employee, and maybe you were buying some subscriptions or you had technology you were using to enhance your job, you used to be able to deduct some portion of that as an unreimbursed business expense. When the tax law changed, you couldn't. You had to be an independent contractor.

I do not believe that anyone is going to be able to come to deduct, if you're an employee, your home office deduction. However, if you're self-employed, if you're a gig worker and you're now working more from home, or maybe you were working partially from home and now that's a bigger percentage — you'll be able to take a larger percentage. This is one of those weird deductions that's an audit red flag. I don't know why the IRS hates this one, they think that people take advantage of it, so just be careful of that .

Q: Back to the stimulus bill and the checks. For those people realizing that maybe they've moved, maybe their bank information has changed and they're being told ‘don't worry, we'll take care of it.” How do they fix that?

This is such a hard one. They stay on top of it. The good news is that if you filed your taxes electronically, you should have a bank account record. That's really the most important thing. If you have moved, you're going to be waiting for a few months anyway. I guess that you have to be sure that your mail is forwarded. If you are filing your taxes by paper, only 20% of people do that, you’re gonna be waiting a few months anyway for your check, juts make sure the postal service has a forwarding address.

SSDI has very particular rules, so I don't want to weigh in on this one. My inclination, please don't take this to the bank, but my inclination is that you should be able to. SSDI might have a carve out on this, so I would just be careful. I would pop onto their web site and see if you can send a question to them, and I would just try to file. I mean, what's the worst thing that happens? You file and then they say no, you can't do it because you're excluded. So I would always try.

Q:  What should I be doing right now regarding my retirement funds, my investment accounts, all of those things, given the madness that's been going on in the world?

This is probably the most common question I’m getting on my podcast right now. It stinks to watch your account bounce around, but every time you try to futz around and outsmart the market and move to something safer, you are really running a terrible risk.  I've made this mistake . You think you know where the bottom is, you think you know where the top is, and you don't and nobody does.

Very boring people like me will say that If you stick to a diversified portfolio and you don't mess around with it and you try not to get so freaked out on the way down and you don't get too greedy on the way up, you'll probably be okay.

I make one little asterisk on that: if you need money within the next 12 months, for any reason, that money cannot be at risk. You must get out of whatever that risky investment is. So calm down, take a deep breath, you can send me questions also at AskJill@JillOnMoney.com and know that we will get through this.

Answers To Your Coronavirus Questions