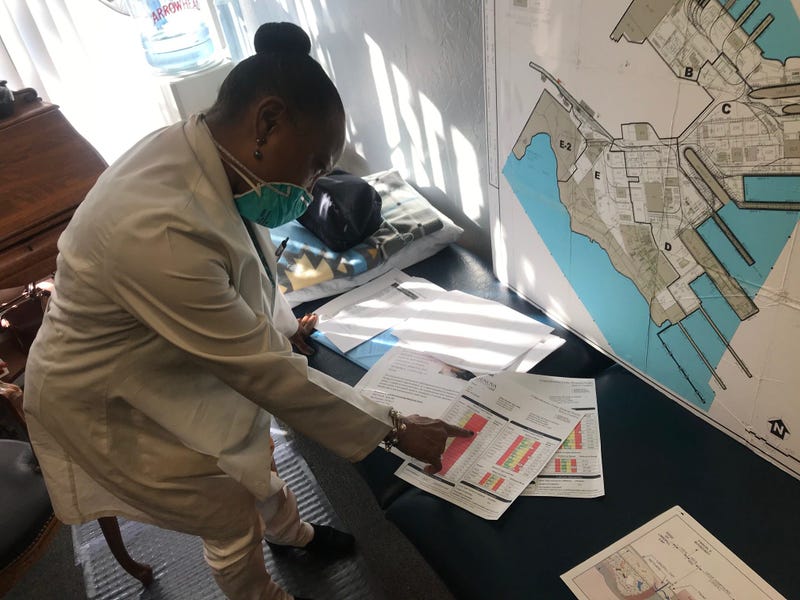 May 14, 2020 05/14/2020 5:33 pm
In our new special series “Crisis and Community," KCBS Radio is highlighting stories of solidarity in San Francisco's Bayview District during this pandemic.
In part one, Melissa Culross reported on the deep sense of neighborhood pride. In part two, Keith Menconi looked at the community groups stepping up to meet the needs of their neighbors, and the focus on nutritious food as medicine for the community in part three.
Today in part four, Keith explains why some fear pollution in the district could put residents at much greater risk from the virus.

Dr. Sumchai is leading a biomonitoring program that aims to measure the presence of dangerous pollutants among the group of people who live and work near the Hunters Point Shipyard, and her findings so far have been striking.

“One that turned my day around and set my hair on fire when I got it back,” says Dr. Sumchai of a recent result. Of the thirty or so people she has screened so far, every single person was found to have at least one chemical present in dangerous quantities, and sometimes they had many more.

These findings alarming in their own right, but in the face of this pandemic Dr. Sumchai believes the presence of these compounds, some of which are known to weaken the immune system, are representative of the community’s deep vulnerability to the pandemic.

“You just presume that if people have multiple elements that are being detected in toxic concentrations, that they are likely to be at risk,” she says, adding that air pollution in the neighborhood increases those risks. “In this community there is a perfect storm of medical and environmental conditions.”