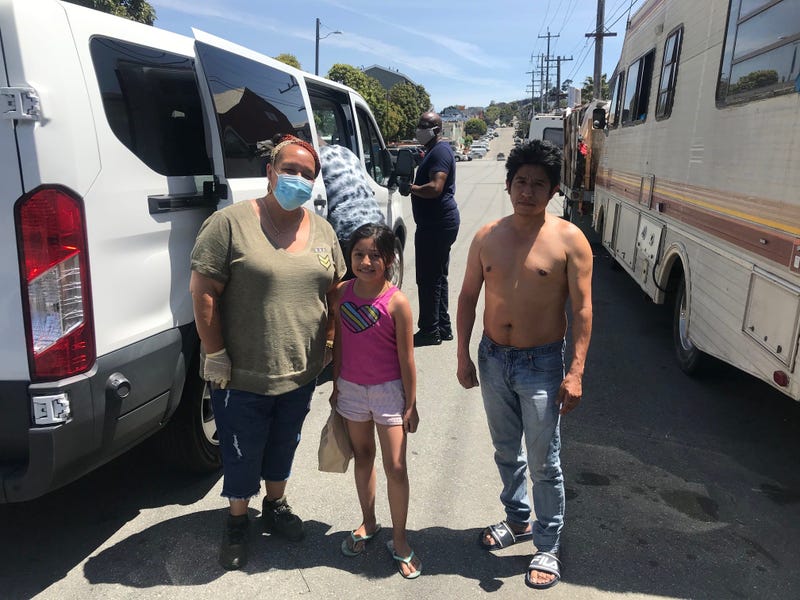 May 12, 2020 05/12/2020 7:36 pm
In our new special series “Crisis and Community," KCBS Radio is highlighting stories of solidarity in San Francisco's Bayview District during this pandemic.
In part one, Melissa Culross reported on the deep sense of neighborhood pride. Today in part two, reporter Keith Menconi tells us about the local community groups stepping up to meet the needs of their neighbors.

Making their way through Bayview’s narrow, busy streets, the outreach team from St. John Missionary Baptist Church moves fast. They’re delivering meals to residents throughout the neighborhood and with 137 stops on their route they have got a lot of ground to cover.

“You got kids that ain’t got no way of getting meals to them, no lunches,” says Diane Bennett, one of the team’s seven members. “They’re shut in, not able to provide, got no income, got no nothing.”

The team has been making these trips just about every day for six weeks to reach those who have been cut off from their usual services by shelter-in-place orders.

These home deliveries are especially vital for the neighborhood’s many elderly residents self-isolating at home, like Dorothy Witherspoon. “I can’t get out to go to the grocery store or anything so I’m stuck in here.”

And with many of the district’s residents also facing low wages and existing health challenges, the need in this community is great, but so is the local response. St. John’s is just one of many community groups that have stepped up their services to offer PPE, housing assistance, mental health support and more.

While St. John’s official mission is to keep people fed, members of the team have helped in many other ways, including helping a student get connected to her online classes and moving a heavy planter for an elderly neighbor.

“I really can see that it’s brought people closer,” says Lisa Wood, a member of St. John’s outreach team. She says the home deliveries have given her more face time with the residents they serve. “We’ve gotten a little personal with some of them, and so even after this is over we’re going to continue to check in on some of the older people that are in the community that don’t have people.”

“What we’ve found through this is how many people that need assistance other than just food,” says Deacon Cedric Akbar.

So with a lot more work still to be done, this team and the many others in the neighborhood say they will not slow down any time soon.

Tomorrow, we hear why a lack of nutritious food in the Bayview is making some more vulnerable to COVID-19.
Crisis and Community: How The Bayview Is Confronting COVID-19