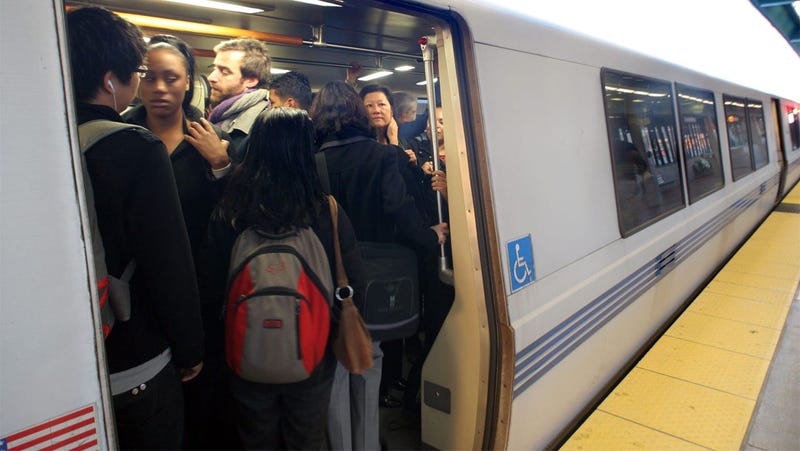 “AB 2057 will take the first major steps to create a seamless transit system,” said Chiu. The legislation would require the Bay Area’s 27 different transit agencies to take steps towards integration.

Currently, transit agencies operate largely independent of each other with different fee structures, discounts, service maps, schedules, apps and ways to pay. Even Clipper, the digital transit payment card has not been adopted by all of the region’s transit systems.

Terry Taplin regularly spends three hours a day commuting around the East Bay and relies on three different systems to make it work. “It’s greatly impacted my ability to work,” he says. “It doesn’t have to be this way.”

Supporters say navigating a complex system of public transit makes each service more difficult to use. Only 3% of trips in the Bay Area are made using public transit and the number of riders has fallen by over 5% in the last few years.

“If we had integrated fares, we would be able to make that a much simpler transfer,” says Ian Griffiths with the transit advocacy group Seamless Bay Area. “I think people are ready for change and we’re really excited that it seems like we’re finally almost there.”

The bill would also create a taskforce to investigate how agencies could take larger steps towards integration, like coordinating schedules. However, it does not introduce new funding to support those measures.

But Chiu says one of the upsides to his bill is that the goals lined out are easily achievable.

“Our bill will require transit agencies to take immediate steps on basic things that we all agree should happen relatively easily.”

So far no transit agencies have come out in favor of the legislation, but backers are hoping to start building support among transit riders. Chiu’s office expects the bill to be heard by the Assembly Transportation Committee this spring.