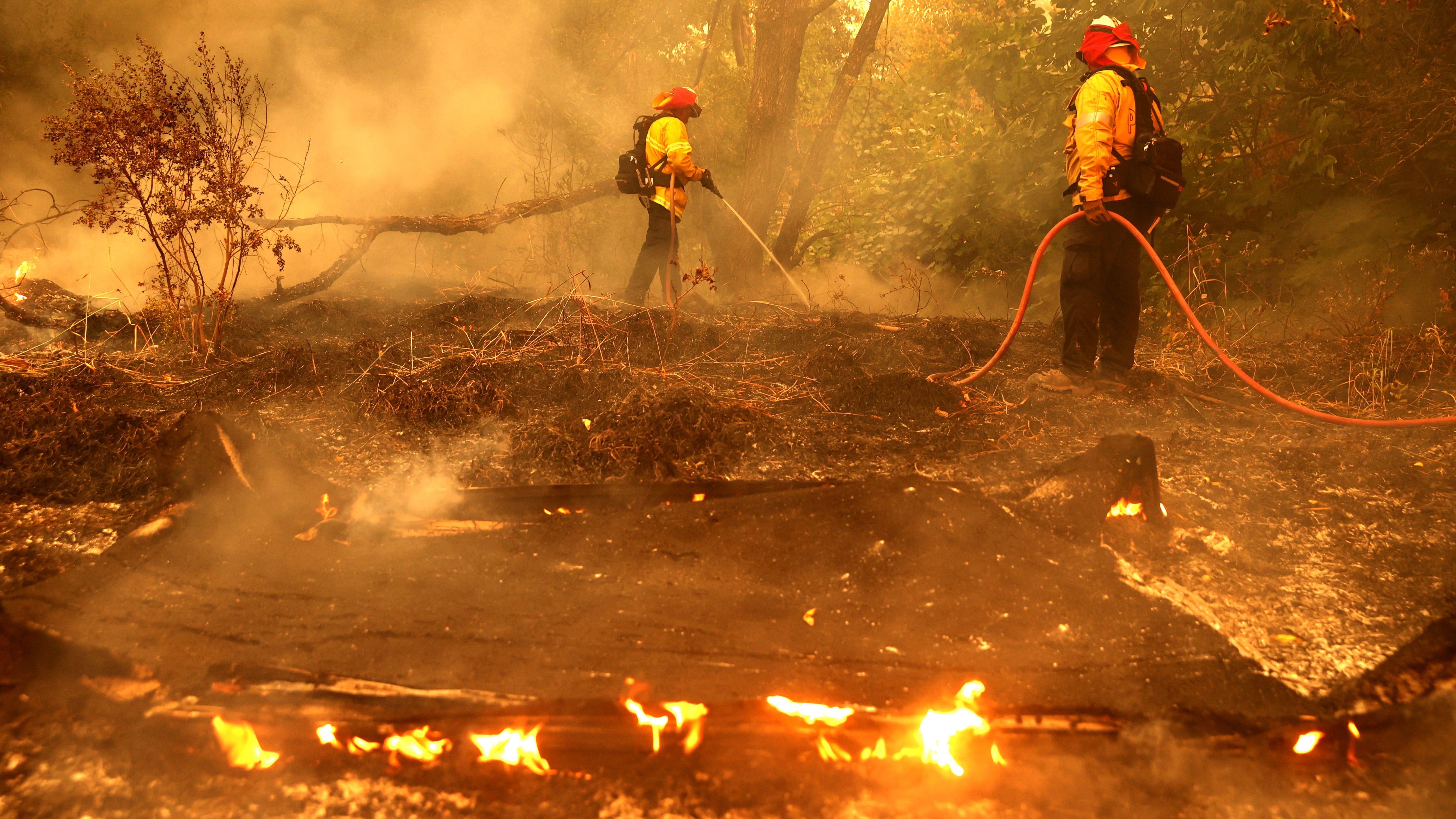 Search and rescue teams recovered another body in the rubble left behind by the North Complex fire east of Oroville, bringing the death toll to 15.

The complex of fires has burned over 264,000 acres in Plumas and Butte Counties, with much of the destruction hitting the town of Berry Creek, where the fire roared through in a number of hours.

"The school site is a total loss. We recognize that for the residents of Berry Creek it was more than a school site, it was the hub of the community.”

Many teachers and students lost their homes to the fire, but Butte County is no stranger to destruction and Sakuma promised that the school will be rebuilt.

"We will rise together from the ashes to build a better future," she said. "We are Butte schools strong."

Gov. Gavin Newsom visited an emergency animal shelter near Oroville on Monday after a meeting with the president in Sacramento, pointing to climate change as the root cause of these fires.

One piece of good news Monday was that dreaded wind gusts did not appear. Meteorologists believe the thick smoke layer covering most of the state blocked the wind, bringing relief to firefighters who fear that winds could fan the flames.

The full extent of the damage from the fires is still not known. A team from the Alameda County Sheriff‘s Department is conducting drone reconnaissance of the burn area to assess the destruction.