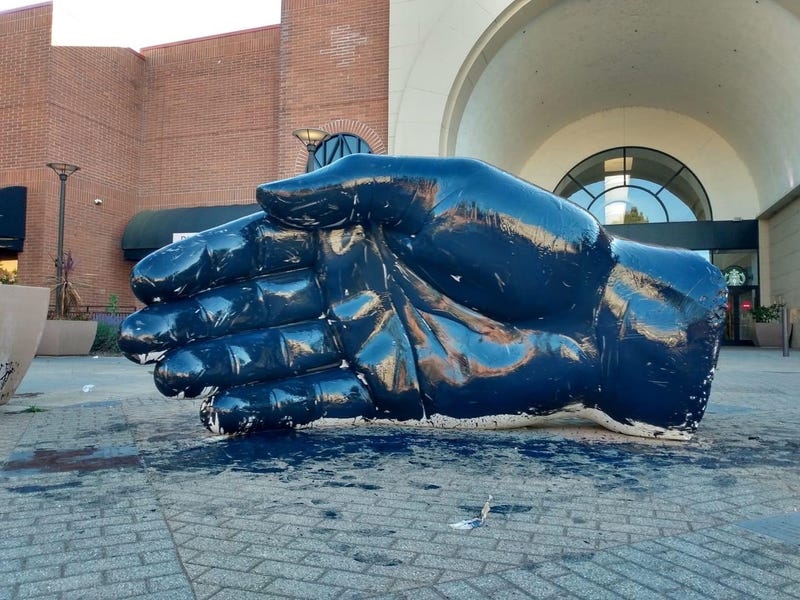 Protestors in Santa Rosa painted a downtown sculpture black over the weekend, a move that has sparked conversation about the role of public art in the community.

The large, off-white stone hand sits outside a Santa Rosa Plaza shopping center and is usually just a photo-op or conversation piece. The 12-foot-long, six-foot-high monument was originally dedicated to agricultural workers more than 20 years ago. It was painted black during a weekend youth-led Black Lives Matter protest.

This isn’t the first time the sculpture was targeted as a form of protest. It was previously splattered with red paint in protest of the Iraq War​.

Emma, who lives in Santa Rosa, said it makes the piece more relevant and advances the message of the Black Lives Matter protest.

"Art is not violent, art is thought-provoking," she said. "Whether it be sanctioned by the government or not, it’s a wonderful way to do that."

Legal action is not being considered.

Prison Outbreak: What’s Being Done To Slow The Spread