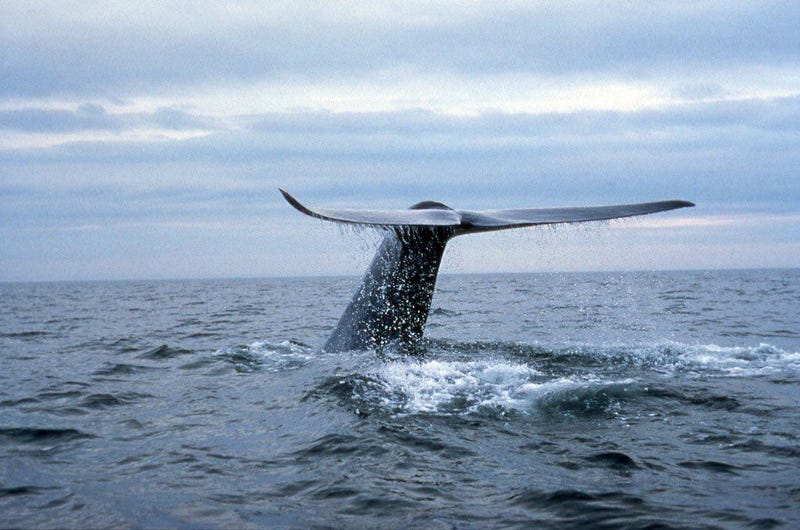 Dozens of massive blue whales have been spotted off the Northern California coast near the Farallon Islands.

Biologists say they saw up to 47 blue whales in just one hour on June 13, feasting near the Farallon Islands about 30 miles west of San Francisco.

"So that mariners know to look for the blows of the blue whale, which is their spout or their exhalation so that they can see them at a distance and hopefully take any kind of aversive action," Schramm said.

The whales can be up to 85 feet long and are often in the same area where ships must pass through. Ships have been asked to reduce their speed to about 11 miles per hour.