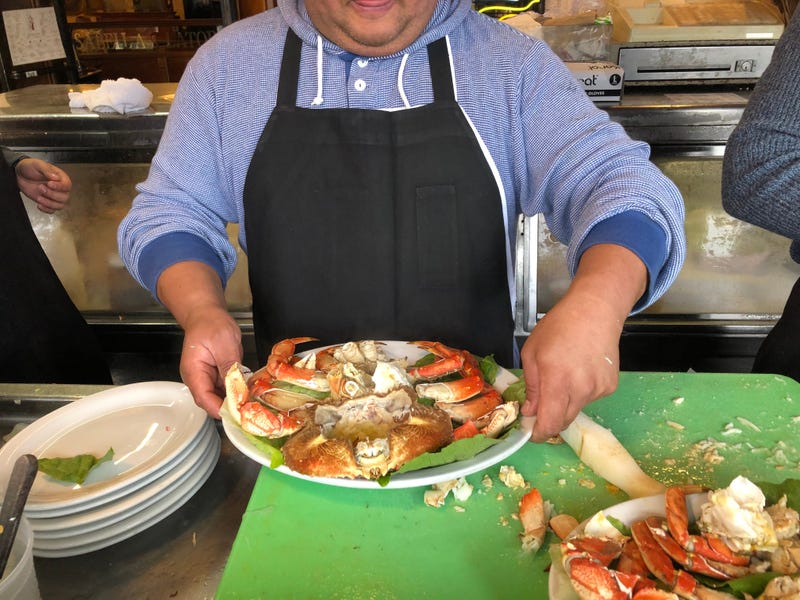 Tourists in San Francisco's Fisherman's Wharf can easily buy souvenirs and steaming clam chowder in bread bowls, but there are not many fresh Dungeness crabs to be found this year along the waterfront this fall.

What’s currently for sale on the wharf is still fresh, but it’s shipped in from Washington state.

“Obviously, the price will go down once the locals open up and pull sweeter crab,” said Tom La Torre, of the Sabella and La Torre seafood restaurant on the pier. “Out here on the street, it’s $19.95 a pound.”

California’s fishing season has been delayed almost a month due to the presence of whales, which can become snared in the crabbing gear. The season is now scheduled to start on Dec. 15.

But as that date approaches, another factor may hinder the ability to fish: storms.

The Bay Area has recently seen two storms that slammed counties with high winds and strong, record breaking rains. The continuation of that weather pattern would lead to harsh sailing conditions.

Duncan MacLean, a Half-Moon Bay fisherman, is worried about the weather.

“Christmas is coming up and everything,” said MacLean. “And unfortunately that puts everybody in a position of, ‘well, we’ve got to get the gear out no matter what.’ No matter what can be some really bad weather. And so everybody feels like they’re up against a wall here, and it’s not a good situation.”