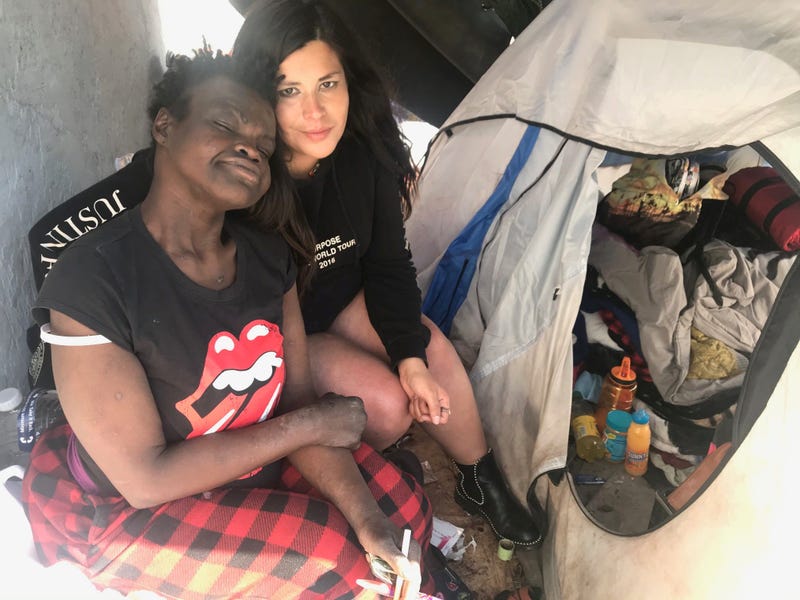 April 13, 2020 04/13/2020 4:39 pm
In our new series “Exposure on the Streets”, KCBS Radio takes a closer look at the magnified risks facing the Bay Area’s homeless residents during this pandemic and what is being done to keep them safe.
In Part One of the series, KCBS Radio reporter Keith Menconi spoke to the un-housed in San Jose about how they're trying to stay prepared.

“I see how she’s doing, she comes over to see how I’m doing,” says Sara Zewdu who lives in an encampment just off of Felipe Avenue in San Jose. She and her neighbor Liz Gutierrez have been looking out for each other since before the pandemic began. “We’re the only single women out here.”

Now with concern mounting over what the virus could mean for the Bay Area’s cramped, unhygienic homeless encampments, the pair have yet another reason to stick together.

They have already made plans in case one of them gets sick.

Zewdu says she has been doing what she can to reduce her exposure and telling everyone she comes across to take precautions. “Sanitize your hands before you come in my tent, sanitize your hands when you leave my tent.”

And she has shifted her focus to making sure her phone is charged at all times, in case she needs to make an emergency call. “It’s a safety thing,” she says.

But she worries that will not be enough. “I want to get more education on it and how to help stop this thing before it becomes a real big monster.”