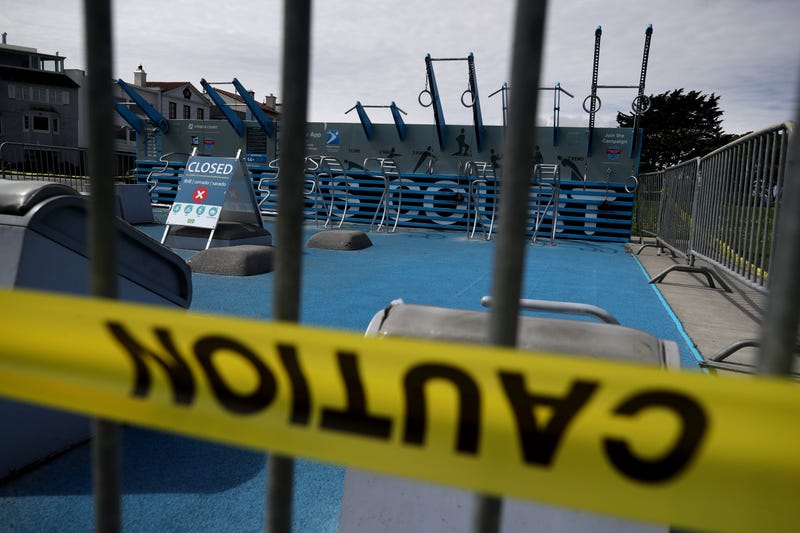 The extension of the Bay Area’s shelter in place Tuesday came with stricter rules and guidelines to further limit the opportunities for crowds and gatherings. With authorities concerned that too many people were still gathering in too many places, officials ratcheted up the rules to enforce social distancing.

The tighter controls limit a number of outdoor activities and include the closure of playgrounds, dog parks and picnic areas. Shared golf courses, tennis courts and swimming pools must be closed too.

Sports played with a ball including soccer, volleyball, and baseball are also off the table as sports equipment can only be shared with members of your own home.

Most commercial and residential construction projects are also banned, and essential businesses must pare down to skeleton operations.

“The last thing we want to do is arrest people for disobeying the order, but at the same time we know that certain locations attract large groups of people,” said San Francisco Mayor London Breed on KCBS Radio, “we wanted to basically shut those places down early.”

Whether it’s confusion or disregard, not everyone is adhering to social distancing, as illustrated by the 450 people who gathered in East Oakland for a sideshow on Sunday afternoon.

“This weekend we had a sideshow and people decided to gather in crowds, which is not safe for anybody,” said Oakland Police Officers Union President Barry Donelan, “there’s clearly a segment of the community that’s not getting the message that you need to stay at home.”