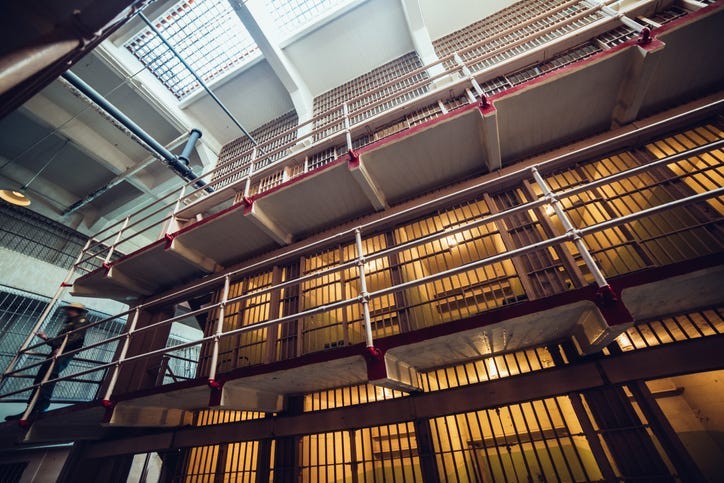 Photo credit iStock / Getty Images Plus
By Holly Quan KCBS All News 106.9FM and 740AM

As the outbreak at San Quentin State Prison grows, family members say inmates still do not have the PPE and sanitary supplies they need and information from inside the prison is sparse.

Edith Cardenas of Marin said her brother Edward Armando Fernandez is not even supposed to be at San Quentin right now. He was held at San Quentin waiting to be transferred to the Salinas Valley prison in Soledad, where he was supposed to serve time for multiple DUI charges when the pandemic hit.

Now, he is in isolation inside the prison after testing positive, one of nearly 1,200 prisoners and staff members to contract the virus after exposed prisoners were transferred to San Quentin from another facility.

She last spoke to him on Friday when he told her the illness feels like the flu.

"Right now he’s getting better, but if he’s going back he’s going to get sick again," she told KCBS Radio. "That is my worry."

He has been told that once he recovers he is going to be returned to the general population where the risk is still high.

"They are using the masks for about three to four months since the pandemic started," Cardenas said. "They use the same soap, same showers so everything is mixed."

He is eligible for release in November, so Cardenas is trying to get him legal help so he can serve the rest of his time outside with an ankle bracelet on. She said her brother served in the military in Peru and suffers from PTSD, which contributes to his drinking problem.

"Everybody's scared right now and I know my brother made a mistake, but this is not good," she said. "He has three daughters and the youngest one is six years old."

Cardenas said she has been trying to reach his prison counselor, but like other families she has had no luck so far and is worried that conditions inside the prison will only get worse as the pandemic continues.