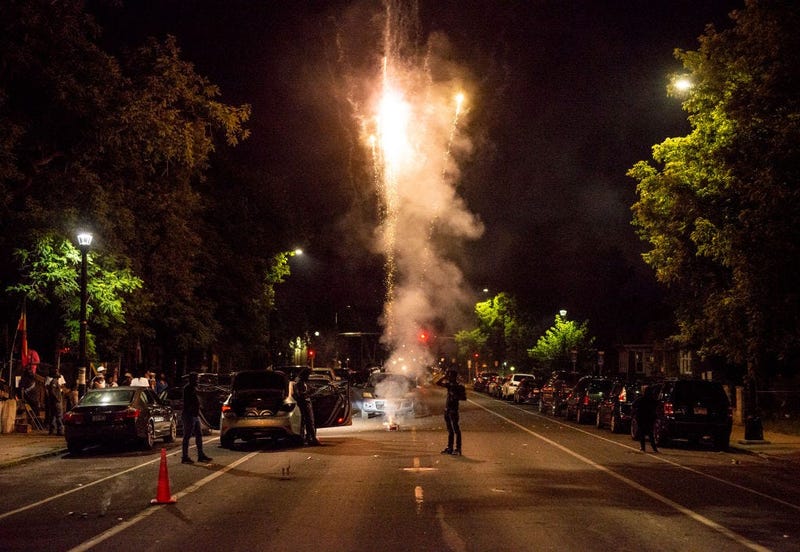 Commercial grade aerial fireworks and hard core explosives like M-80s are leaving remnants and litter along the perimeter of Oakland's Lake Merritt, and Richmond Mayor Tom Butt is calling a forum with police for Wednesday night on the illegal displays.

San Francisco Fire Lt. Jonathon Baxter said a recent two-alarm grass fire was sparked by bottle rockets. As a paramedic, he's seen what explosives can do in inexperienced hands.

But it’s not just happening in the Bay Area.

New York City has seen a 236% increase in fireworks complaints this month compared to last year. Even small cities like Salem, Massachusetts saw a 2000% increase in complaints, and that state bans all fireworks.

With the cancellation of county fairs and traditional fireworks displays, restless people are looking for backyard entertainment. Bruce Zoldan is president of Ohio-based Phantom Fireworks, the legal kind.

“Much, much bigger sales than ever before,” he said. “Double or trouble what they normally have done in early June or even late May when stores started opening again.”

This year's Fourth of July falls on a Saturday, so the public can expect extra fire and police patrols in some cities.