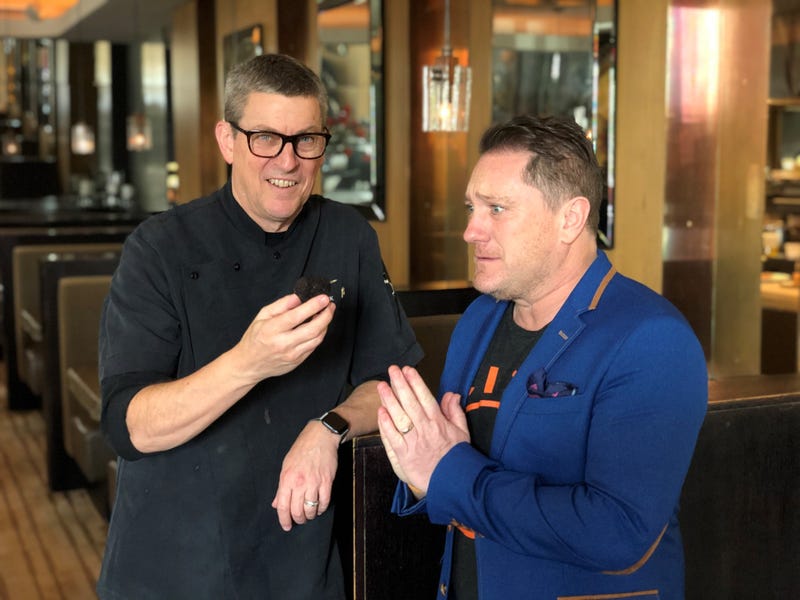 Frank’s love of French cooking began when his father moved the family from California to Yvoire, France. Frank chose to remain in France and began his culinary career as a dishwasher. After returning to California and refining his skills, Frank first achieved national acclaim at age 21 at the Los Angeles restaurant La Guillotine. In 1979, he opened the first La Toque on the Sunset Strip.  After a 14-year run, Frank sold the restaurant and in 1995 opened the award-winning Fenix at the Argyle.

In 1998, the second incarnation of La Toque made its debut inRutherford, California at The Rancho Caymus Inn. La Toque was awarded a Michelin Star in 2007, the first year the organization published a San Francisco Bay Area guide.

In 2008, Frank moved the restaurant to The Westin Verasa Napa. La Toque has continued to be well-received by the nation’s top critics and reviewers.  In 2008, La Toque earned a three-star review from the San Francisco Chronicle’s Michael Bauer and in October 2009 was honored again with a Michelin Star, which it still retains today.

For more about Chef Ken Frank's restaurant, visit the website:

Refrigerate whole eggs with fresh black truffle in a tightly sealed container for 48 hours so the truffle flavor can infuse right through the shell.

Using round pastry cutters make a ring of brioche and toast until golden brown. Cut off the top of the egg with an egg topper and pour the egg into a small bowl. Add 1 teaspoon of finely chopped truffle and a pinch of salt.

Over medium heat, melt the Tablespoon of butter until it just begins to bubble (do not blast it!) add the egg, truffle and salt and whisk to lightly scramble the egg. I like to keep it pretty soft, beware too much heat. Spoon lightly scrambled egg into the empty shell and place on the ring of toasted brioche. Top with the slice of truffle and serve immediately.