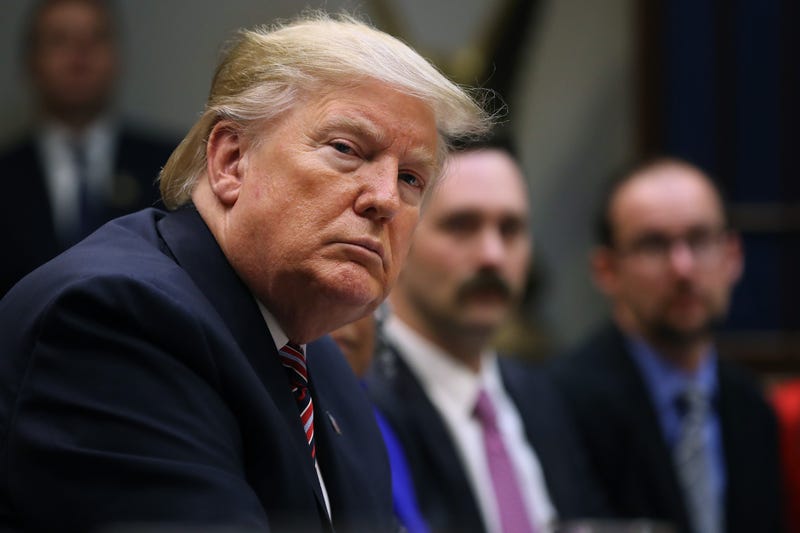 Photo credit Chip Somodevilla/Getty Images
By All News KCBS Radio KCBS All News 106.9FM and 740AM

The House Judiciary Committee is holding a hearing Monday that features testimony from Democratic and Republican attorneys about possible articles of impeachment against President Donald Trump.

Click here to listen to the impeachment hearing in its entirety. The session was scheduled to start at 6 a.m. Pacific.

The committee will review evidence gathered by the House Intelligence Committee that Trump abused his power by withholding military aid to Ukraine unless officials in that country began investigations that would have benefitted him politically. Republicans are expected to dispute the claims and say the impeachment probe is groundless.

The White House had been invited to participate, but the president has indicated that he will not cooperate with the Democratic-controlled House and instead focus on putting up a defense in the Senate, where the GOP has the majority.