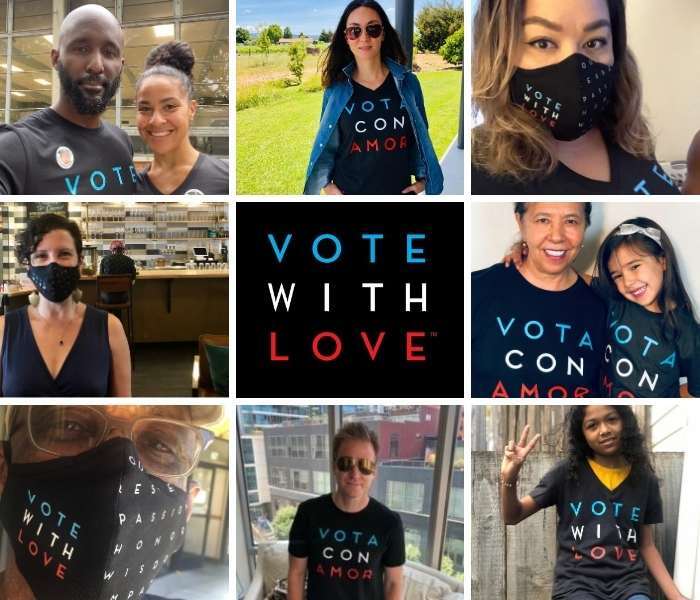 With the November election less than 100 days away, a national campaign born in the Bay Area is encouraging people to vote with love.

The campaign, launched by The Ambassadors Circle, a collective of artists and entrepreneurs, was created in response to the 2016 presidential campaign and election.

“The environment was so tense during that year and the elections that we really felt like one of the most significant challenges is the lack of empathy on the part of voters,” said J. Hilton, co-founder of The Ambassadors Circle.

Although this non-partisan campaign has Bay Area roots, Hilton said that it is a national effort.

The campaign is encouraging people to post photos on social media of themselves wearing Vote With Love t-shirts and face masks, which can be purchased through the campaign’s website.