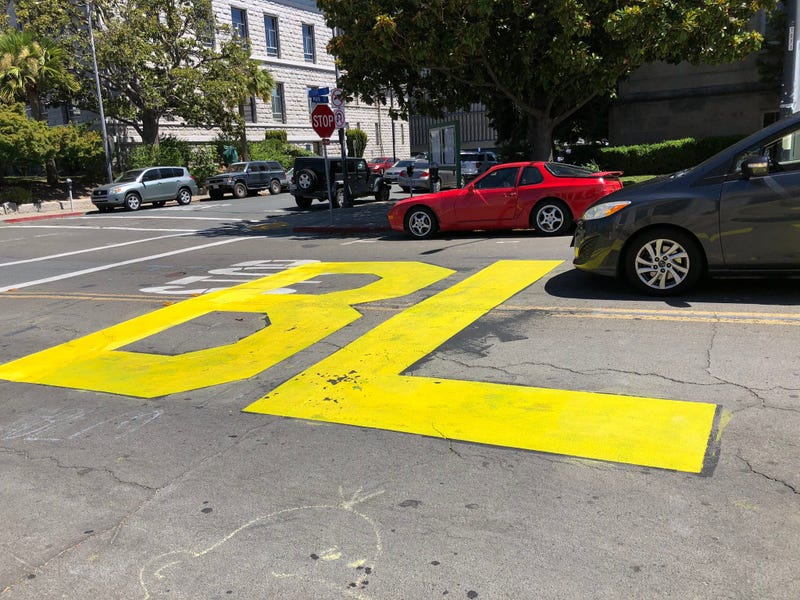 Racial tensions remain high in Martinez after a white couple painted over a portion of a Black Lives Matter street mural this past weekend, a project permitted by the city.

On July 4, community members painted "Black Lives Matter" in big, yellow letters on the street in front of the courthouse. Less than an hour later, a white couple wearing red, white and blue, along with MAGA-branded clothing used paint and rollers to deface it.

Their graphic, racist rants against the BLM movement and the media were captured in several profanity-laced videos uploaded to social media.

"This is racism is what it is," the man told agitated onlookers as a woman painted over the mural with a long roller and black paint. "There is no racism. It's a leftist lie. It's a lie from the media, the liberal left."

"They had black paint and they were very angry that the mural was here and they tried to paint over it with black paint," said Patrick Langley, who is African American. "I feel like it was very disrespectful."

Justin Gibbs and Jasmine Kania came out to take pictures of the mural - which has since been repainted - and as KCBS Radio’s Matt Bigler interviewed them Monday afternoon, someone drove by shouting "All Lives Matter," which sparked a brief shouting match. Langley said he was actually grateful that the vandals have forced the community to talk about these issues.

"I believe behind every bad situation, good always comes out of it. That's why we're all here. We need to send them a thank you card," Langley laughed.

Police are trying to identify the vandals, who drove a white Nissan pickup with the word "Nicole" on the back.

@MartinezPDinCA are asking for your help identifying the vandals who drove this white Nissan pickup with the word "Nicole" on the back... pic.twitter.com/je3vgPOQ9W