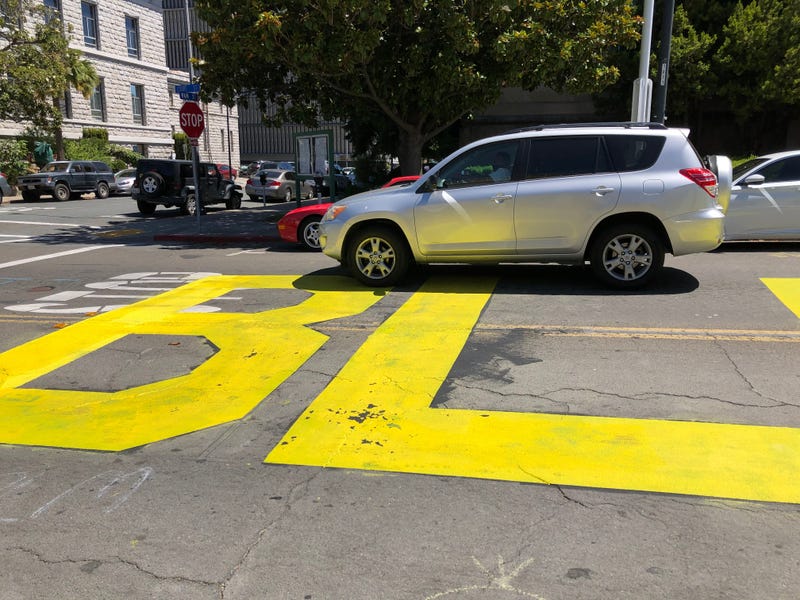 In a video that has gone viral, 42-year-old Nichole Anderson and 53-year-old David Nelson of Martinez can be seen attempting to paint over the mural shortly after it was completed on the Fourth of July. The couple can be heard arguing with supporters of the mural and denying that racism and oppression exist.

The mural is in front of the Contra Costa County courthouse and was permitted by the city. Worried that vandals might strike again, supporters of the Black Lives Matter movement are keeping a watchful eye over the mural with cell phones ready to record and report any further attempts to deface the mural.

"That’s not going to happen on our watch," said Patrick Langley, who guarded the mural on Monday. "We’re not going to accept that. Not in the Bay Area."

Langley, who is Black, told KCBS Radio that despite the incident, he believes awareness is growing among all races that Black Americans are treated unfairly by the criminal justice system.

"We’re getting killed, wronged, a lot of young black brothers - unarmed - being killed," he said. "I mean look at the George Floyd situation, changed the whole world. That’s why I’m here."

Jasmine Kanya, who is white and Filipina, said she came to the mural so that the responsibility of defending it would not fall entirely on the Black community.

"There are definitely a lot of supporters of this, so I don’t want the people who are doing the Black Lives Matter movement (to) feel that they don’t have support from the other side also. There definitely is support from all races," Kanya said.

While no citations have been made so far, police have made an arrest in a separate incident at the mural. Thirty-year-old Joseph Ozuna was taken into custody on Sunday for allegedly pointing a gun at Black Lives Matter supporters.