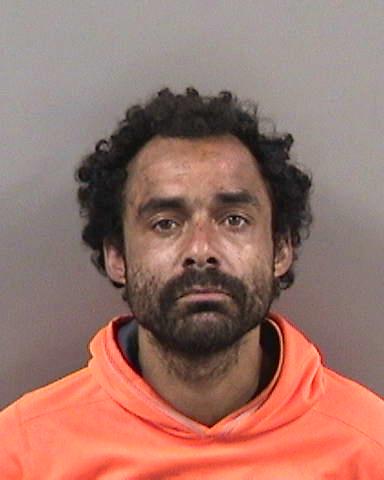 December 9, 2019 12/09/2019 8:53 am
It's become a fact of life in the Bay Area — people without homes acting out in unsettling ways on the streets. It may seem like nothing is being done. But chance led KCBS Radio's Stan Bunger to a story that shows the frustrating and lackluster results when everyday people and authorities try to handle one case by the book. This is part one of a five-part series called Broken Systems.

Let's be clear from the outset: I didn't find this story. It found me.

It started, as it does for thousands of us every year, with a jury summons.

I wound up with several dozen fellow Alameda County citizens in Department 114 of Oakland's Wiley Manuel Courthouse. During the mind-numbing process of voir dire, we learned that the defendant was accused of sexual misbehavior and that he was homeless.

Several prospective jurors said they thought the criminal justice system was inherently biased. Some objected to what they felt was the "criminalization" of homelessness.

In the end, I found myself in the front row of the jury box, closest to the judge. Juror Number 7.

The trial begins. The defendant, 33-year-old Michael Anthony Watkins is a slim African-American man, neatly dressed, outwardly emotionless  as the charges against him are read.

All three witnesses agreed: they see a lot on the streets of Berkeley, but this was extraordinary.

We, the jury, also saw the body-cam video of Watkins' eventual arrest by Berkeley Police.

Watkins didn't take the stand. Nor were there any other defense witnesses. Nor, really, much of a defense at all. In her closing argument, Watkins' lawyer said her client's homelessness led people to assume the worst.

The prosecution said it wasn't about homelessness. It was about over-the-top behavior, in a very public place.

I'd never been a part of jury deliberations — and I quickly realized the facts of the case and the painstakingly-delivered jury instructions were only part of what we'd discuss.

One juror doubted the testimony of what she called "rich white college students" who'd said they hadn't been drinking that night. Another looked for explanations. Was the defendant on drugs? Mentally ill?  No evidence had been introduced regarding either.

Was this all because he was homeless?

One juror worried about the eventual sentence should we convict this man, though we'd been specifically told not to consider the penalty or punishment.

Some jurors had a lot to say. Some, not as much. Some of the discussions got heated.

I don't think anyone enjoyed the task very much, but we eventually got to "guilty" on both counts. The verdict requires Michael Anthony Watkins to register as a sex offender.

We were thanked for our service, but I left the courthouse wondering if our time and effort really mattered. And I also wondered about Michael Watkins. Who is he? What led him to the courtroom we occupied together? And what about all the other Michael Watkins in the Bay Area?

Correction: An earlier version misstated the number of years Mr. Watkins has to register as a sex offender. He will have to registure for the rest of his life.