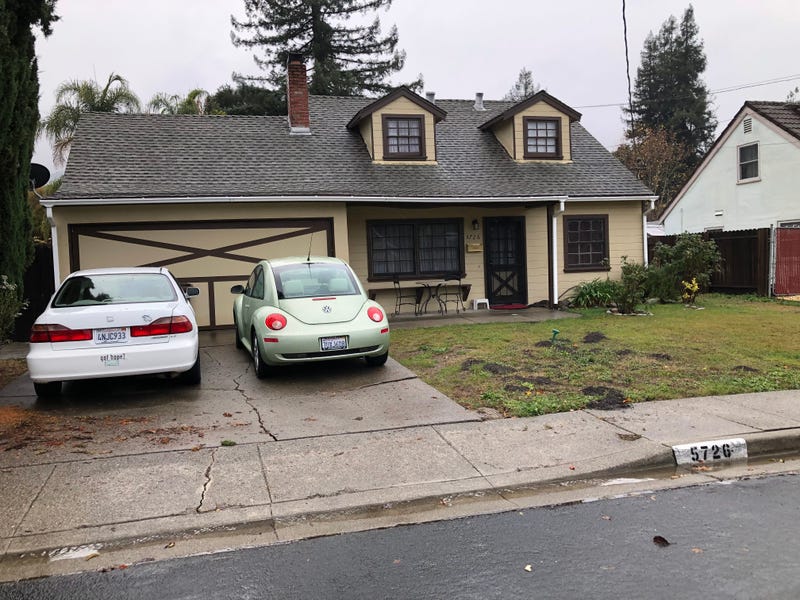 December 9, 2019 12/09/2019 9:02 pm
KCBS Radio's special report, "Broken Systems,"  follows the recent trial and conviction of a homeless man named Michael Watkins.  Part 1 covered the details of his "lewd" crime near UC Berkeley's fraternity row and the subsequent lightning-fast trial.
In part 2, KCBS Radio reporter Holly Quan goes beyond the court papers and the stereotypes to learn more about this man who keeps turning up in the courts.

But who exactly is Watkins and what were the factors at play that led him to this encounter with the criminal justice system?

But when she learned about Watkins’ recent incarceration, it sounded like other tales Holt has heard too many times.

"It is sad. And it is just one of many, many cases,” said Holt. “They just throw them in jail for a couple days and they get out and they do something else and they get thrown in jail again and they're just on the street."

Watkins used to stay with his grandmother in her 1970s style, dark wood-paneled home, but then trouble started. Holt suspects he was stealing money from her bank account to fund his drug habit.

A few months ago, Watkins told her that he wanted help to get clean and off the streets.

Holt tried to get him some.

"I got him [into> a home. He was welcome there. [They were> very nice people. Christians, trying to help people like him,” said Holt. “[One day I> called over there to see how he was doing, if he was behaving himself. They said ‘I'm sorry to have to tell you this, but he just walked out the door and we haven't seen him since.’”

Then, on the busy Friday night in September when he was arrested, he was seen on Channing Way and Piedmont Avenue, a street corner surrounded by UC Berkeley’s Greek Houses.

He ran from police when they spotted him, she said.

But for many like Watkins, they pass through the system so often, police begin to recognize them.

"There are people we see come through time and time again. It can be challenging for us as law enforcement officers,” said Coates. “But at the same time, we also know when something happens or someone gives us an alias or a street name, we know who they are because we've had so much contact with them."

With few public resources being allocated to help these offenders once they’re released from incarceration, and those with frayed or no family ties that could help, it’s only a matter of time before they are back on the streets, and perhaps, back in a jail cell.

That may be the fate awaiting Watkins, once he’s released, since Holt has a stay-away order on her grandson.

"I'm not going to be responsible for Michael," she said. "He's a grown up person, and he's not coming back here. He knows that."

Part 1: Streets To Court To Jail, And All Over Again