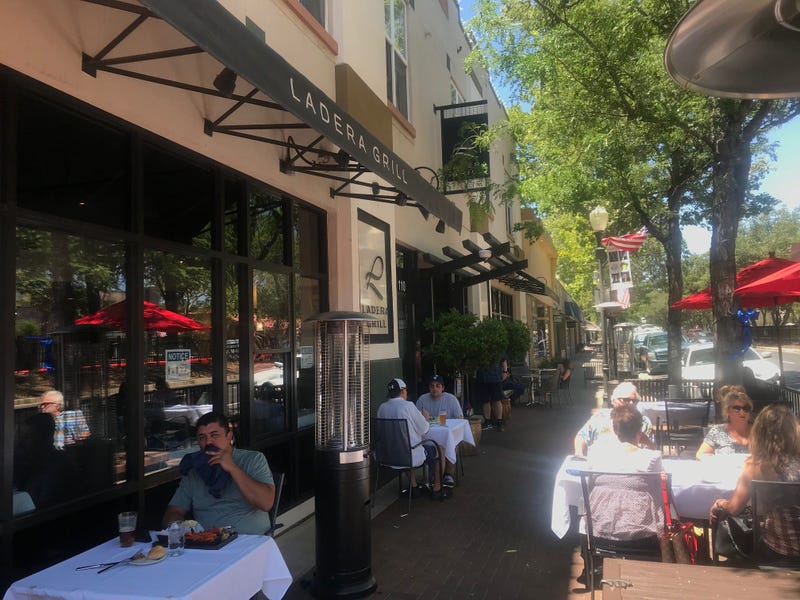 Restaurants throughout Morgan Hill were warned by officers with California’s Department of Alcoholic Beverage Control that they could be cited if they didn't stop outdoor dining services, according to city officials.

Friday night’s warning was a shock to restaurant owners, who told KCBS Radio that as far as they know, outdoor dining is still allowed by both Santa Clara County and the state under current coronavirus health orders.

“I and these other restaurants have been open for five weeks under this condition,” said Dan McCranie, owner and president of Ladera Grill. “And to be told by two men in cop costumes that I need to be shut down today, with no regulation, no written regulation, no nothing – I'm just not going to do it.”

However, in a statement to KCBS Radio, the Department of Alcoholic Beverage Control maintains that Santa Clara County has still not obtained the state's permission to reopen, and says that restaurants should end all non-takeout service.

Santa Clara County says it is aware of the enforcement action, but when asked directly whether or not outdoor dining is allowed in the county, a spokesperson declined to comment.

"This is a very tenuouos time for our businesses," said Mayor Constantine. "To be told that they can't do something that they were originally told by the county and the state that they could have outside dining, in a time when businesses are holding on by the skin of their teeth, is really unconscionable."

Morgan Hill city officials said they are reaching out to state agencies to clarify the rules and find out what happened.