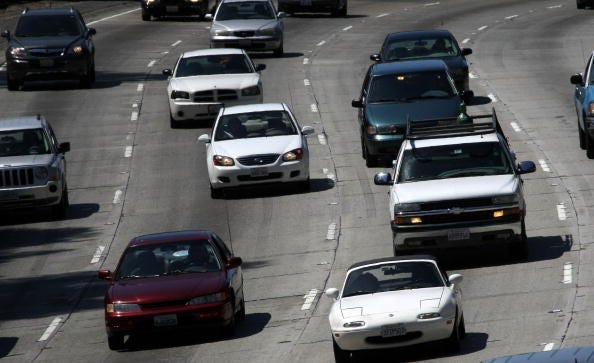 Caltrans is finalizing plans for a major San Francisco freeway reconstruction project that will disrupt a key freeway for several weeks next summer.

The agency plans to replace 800 feet of bridge deck on US 101 just north of the Alemany Boulevard exit in San Francisco.

That'll require the detouring of traffic from a stretch of freeway that carries about 240,000 vehicles a day in each direction.

Caltrans officials are mincing no words when it comes to the expected impact on commuters.

"If you don't want to be stuck in traffic for the month of July, plan on getting out of town," Caltrans Public Information Officer Jose Moreno said.

The work focuses on a piece of the Bayshore Freeway built in the early 1950's.

Caltrans engineers determined  that weather and decades of heavy traffic have deteriorated the bridge deck to the point where replacement is the most feasible option.

It won't come without some pain for drivers.

"If we don't all work together and make sure we reduce traffic by about 30%, we're all going to be sitting in traffic," Moreno said.

The agency is trying to pull together a variety of alternatives for motorists, including additional ferry service to South San Francisco's Oyster Point and a possible deal with local businesses for the use of their parking lots.