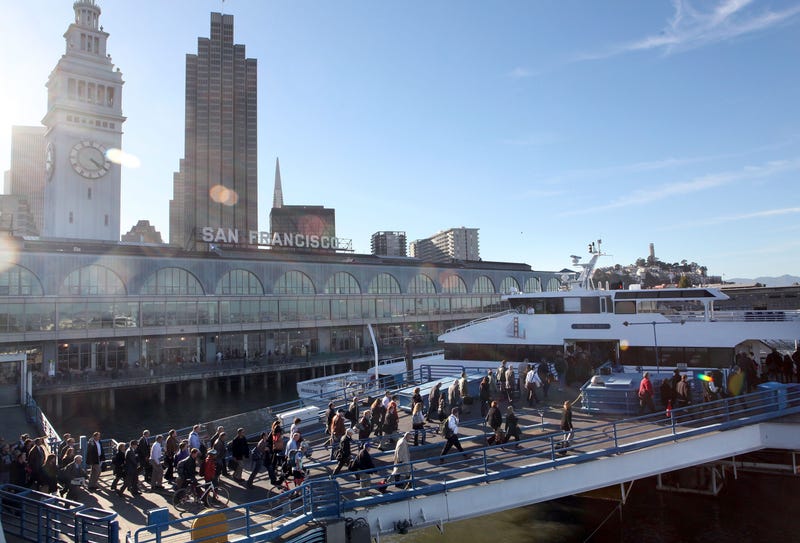 It’s going to be a football-intensive weekend for Bay Area sports fans, with both a Niners game and a Raiders game taking place on Sunday afternoon. Earlier, on Sunday morning in Downtown San Jose, there will be a whole lot of Santas (and other costumed characters) taking part in the Santa Run Silicon Valley. The Parol Lantern Festival on Saturday in San Francisco brings a traditional Filipino flavor to the holiday season; and for a Victorian style Christmas, there’s the Great Dickens Christmas Fair at the Cow Palace, taking place both days this weekend. Finally, SMART Train opens not one, but two, new stations on Saturday with a modified schedule in place through the end of December (In January the agency will roll out a whole new timetable).

FINISH: Market Street at Park Avenue – that is, at Plaza de Cesar Chavez, site of Christmas in the Park

Cow Palace: Great Dickens Christmas Fair and Victorian Holiday Party. Visitors can immerse themselves in a world of music halls, theatres, pubs, dance parties, and charming shops and interact with characters “from the imagination of Charles Dickens and the sometimes saucy world of the Victorian stage.”

Fri, Dec 13 at 1pm: SMART Train will have a ribbon-cutting ceremony at its new Larkspur Station (which will be the southernmost station in the system) in order to celebrate the beginning of train service to Larkspur (starting the next day, Saturday, December 14). Also on Saturday at 10:30am, there will be a separate ribbon-cutting ceremony at SMART’s other brand new station, “Novato Downtown” (even though, for the time being, there will only be limited weekend service to this new Novato station).

From Sat, Dec 14 thru Tue, Dec 31, SMART will operate with a temporary timetable that includes service to the new Larkspur station and weekend-only service to the Downtown Novato station.

An important item for SMART-to-Larkspur-Ferry commuters to be aware of: After Friday, Dec 13, Golden Gate Shuttle Route 31 between the San Rafael Transit Center and the Larkspur Ferry Terminal will cease operating. SMART’s new Larkspur station is about an eight-minute walk from the Larkspur Ferry Terminal and there are no plans to run a shuttle between the two stations, so presumably there will be a good deal of pedestrian traffic.