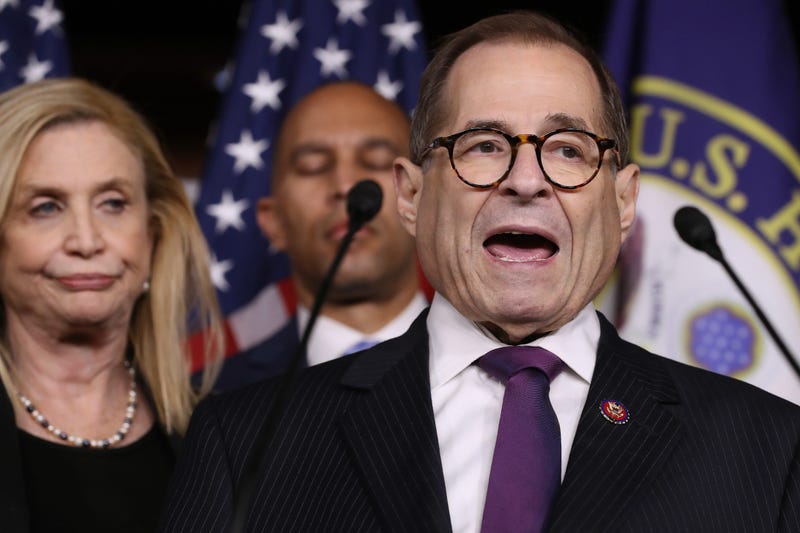 Photo credit Chip Somodevilla/Getty Images
By All News KCBS Radio KCBS All News 106.9FM and 740AM

The House Judiciary Committee takes over the impeachment inquiry into possible wrongdoing by President Donald Trump with a hearing Wednesday that will focus on testimony from constitutional scholars.

Click here to listen to the complete hearing, which is scheduled to begin at 7 a.m. Pacific.

The hearing comes a day after the release of report by the House Intelligence Committee, which determined that Trump misused the powers of the presidency by seeking political favors from foreign powers to intervene in domestic elections and obstructing Congress by stonewalling the investigation.

It will be up to the Judiciary Committee to determine if these are impeachable offenses.

Judiciary Committee Chairman Jerrold Nadler (D-N.Y.) will assume a central role as he oversees the proceedings.