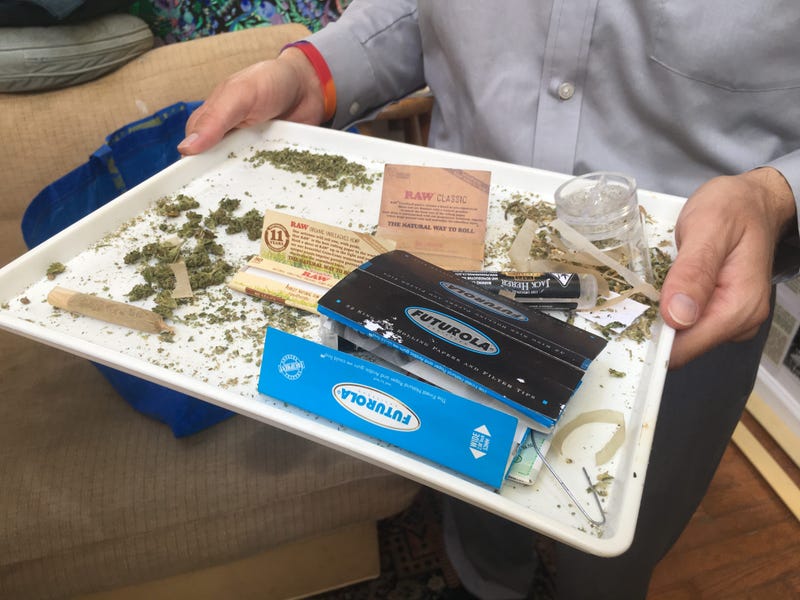 AIDS patient Ed Gallagher has had more than a few medical challenges. He is bland and nearly deaf, has had a kidney transplant and heart disease,

The elderly San Franciscan says he's tried many pain killers but marijuana is by far the best option.

"It's the medicine that works," said Gallager. "It just seems to dull the nerves."

But marijuana advocates say access to pot by the sick or dying has been hurt, ironically, by the passage of Prop 64 which made marijuana legal.

The landmark bill also allowed pot sales to be taxed, and many non-profit cannabis clubs now say they simply can't afford to stay in business.

He and marijuana activists are urging Gov. Gavin Newsom to sign the bill which would eliminate taxes for programs that distribute medicinal cannabis.

"The bill is very simple. It provides that if you're running a compassionate pot program you don't have to pay the taxes because you have no revenue," Wiener said to KCBS Radio.

A similar bill was introduced by Wiener last year but it was vetoed by then-Gov. Jerry Brown.

Stay up to date with KCBS Radio by liking our Facebook page and following us on Twitter.