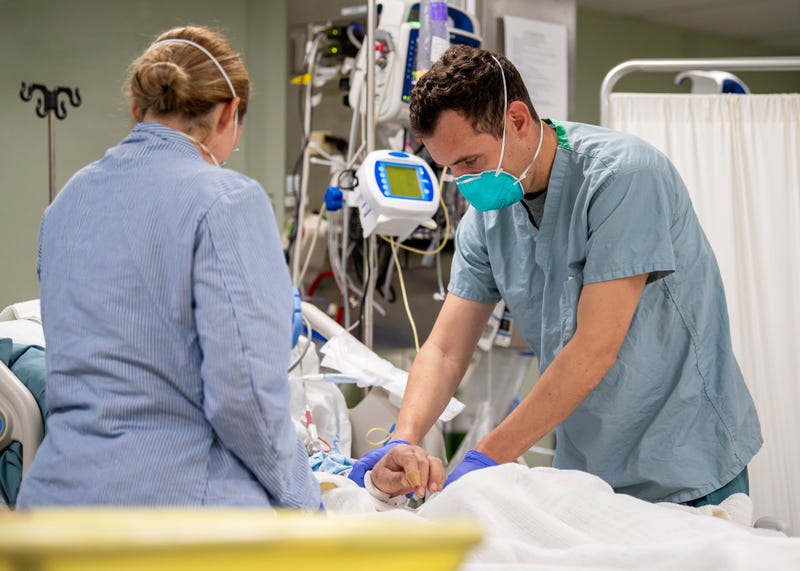 Help is on its way to California’s Central Valley as it remains one of the state’s coronavirus hotspots.

"While we see positivity rate in the state of California growing, it’s not happening evenly in every part of the state," Gov. Newsom said in a Monday afternoon briefing from Stockton.

The governor announced a $52 million investment put into the Central Valley to improve isolation protocols, testing protocols, quarantine procedures and staffing. The funds come from a larger grant provided by the federal government and the Centers for Disease Control and Prevention.

The Latino communities in the Central Valley counties were mentioned specifically several times Monday. Part of the presentation was given in Spanish as part of an effort to connect with those residents directly.

"We are seeing top-level, high-level transmission rates (in the Central Valley) and positivity rates as high as 18% in some of the counties," said Dr. Mark Ghlay, California Secretary of Health and Human Services. "We're seeing an inordinate number of cases."

Three "strike" teams will be deployed within all eight Central Valley counties from Cal OES and the Occupational Health and Safety Administration, among other local agencies. The governor said medical teams supplied by the Department of Defense have already been assisting the fight against the pandemic in the Central Valley.

Positivity rates for coronavirus tests in the state over the last 14 days remain at 7.5%.

The Central Valley has seen much higher rates, including over 10% in the Fresno area.

Hospitalization numbers are increasing, "but at a more modest pace" than the surge that began about two weeks ago, according to the governor. Patients in the ICU also grew, but at a slower pace than the same comparable period.