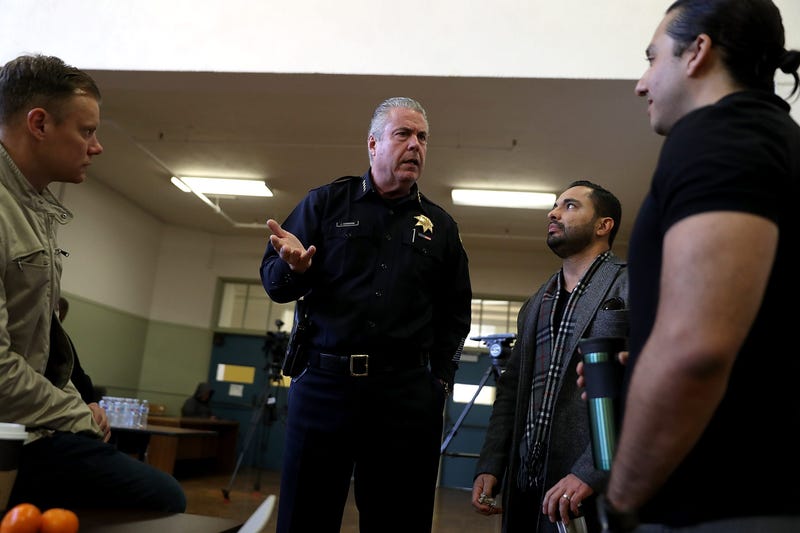 It's a move that has been a decade in the making for community organizers and came one day after the ﻿San Francisco Public School District ended its relationship with the San Francisco Police Department.

"This is a historic moment. Letting go of the issue of law enforcement that has oppressed our communities for centuries is critically important," said Jessica Black, director of the Black Organizing Project. "And we understood that that’s why it’s taken us 10 years to do this."

"Who is the police protecting?" asked one young student during the public comment period. "Because the people who protect me are my teachers, my principles and my coaches. Defund the police and give the money back to our schools now."

The George Floyd Resolution was introduced at a meeting earlier this month by board director Roseann Torres, and it was protests over his death that helped carry the momentum.

"Obviously the times are calling for change," Torres said when the resolution was introduced. "We are looking at massive cuts or changes to our budget for years because of COVID-19. So this is a way to reimagine how we educate children without harming them with constant contacts with police."

"We’re taking a leap of faith and we’re asking our principals and our staff to take a leap of faith," said board Vice President Shanthi Gonzalez. "And so I am really excited to see the community process together on the safety plan."

The district is now working to develop a comprehensive safety plan that does not involve police officers on campus.

"The police department was not there to provide safety for the 38,000 students when it’s 10 officers. It could be a false sense of security," Torres said. "What’s about to go down in that bigger bucket of the safety plan is really safety around the mental health of students, safety around implicit bias."

After pushing for this change for a decade, Black intends to make sure that what comes next truly represents a change.

"We’re not going anywhere," Black said. "We’re in this process with you. This is a community-driven process and we expect to be at the table. We expect for our words to hold power."

SFUSD Board Ends Agreement With SFPD