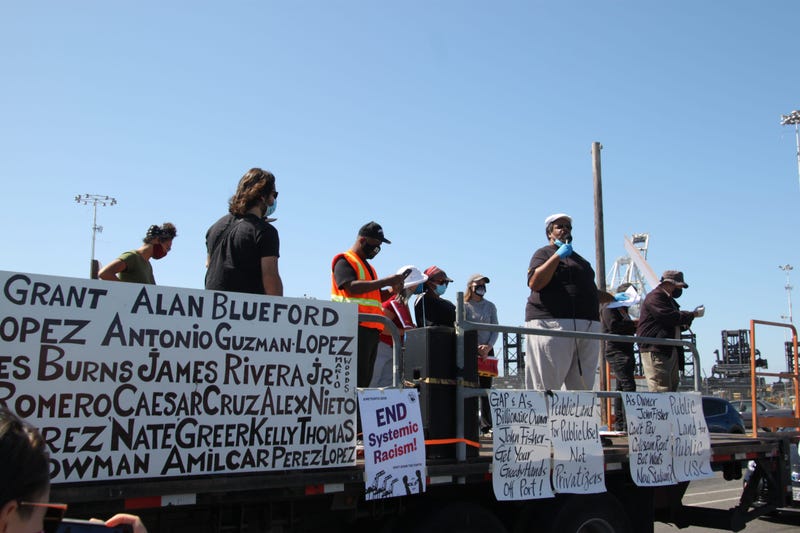 A rally was held at the Port of Oakland today by union workers calling for the end of systemic racism and stronger workers' rights.

The rally was organized on the anniversary of Bloody Thursday, when longshoremen were killed in San Francisco in 1934 during a strike for union rights.

While today’s event was a far cry from the thousands that marched on Juneteenth, those in attendance spoke passionately about the connection between the current nationwide protests and the systematic racism faced by workers in the Port.

“Right here at this terminal, we’ve had more than two incidents of racial graffiti drawn on the walls,” said Trent Willis with the ILWU Local 10. “We’ve had nooses hung. This is in 2020.”

Willis said it's important to recognize union workers’ sacrifices in the ‘30s, because if not for them, conditions for black union workers would be different today.

The rally concluded with a car caravan to the Oakland Coliseum to protest the sale of the site to A’s owner John Fisher.