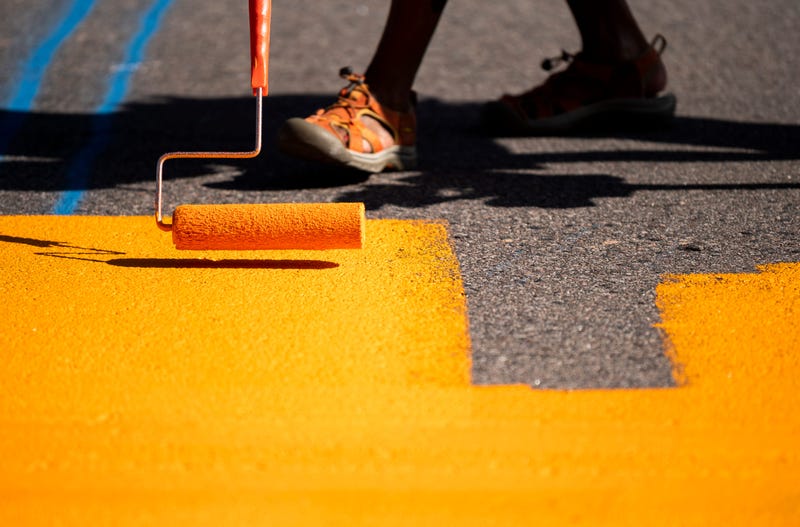 A Martinez couple has pleaded not guilty to hate crime charges after they went viral for painting over a Black Lives Matter mural following its creation during the Fourth of July weekend.

In the video, taken by witnesses on the holiday weekend, 42-year-old Nichole Anderson can be seen rolling black paint over the freshly painted B and L of a block-long "Black Lives Matter" mural in the center of the street.

Her partner, 53-year-old David Nelson, can also be seen taping her, and yelling at the witnesses who gathered along with her.

The mural’s creators did pull a permit from the city to paint the street and were given permission, but that was one of the reasons the couple wanted to paint over the mural, according to their lawyer, Bill Essayli.

He was hired for the pair by conservative nonprofit group The Center for American Liberty.

"Just as peaceful protesters have the right to march and display their political views in a myriad of different ways," Essayli said. "They have the same right to express their dissatisfaction and their disagreement with their tax dollars being used to sponsor a radical organization 'Black Lives Matter.'"

music
Beyoncé's Ivy Park x Adidas 'DRIP 2' dropping at the end of this month
news
What to expect at the final Trump-Biden presidential debate
music
Jamie Lynn Spears reveals details about 'Zoey 101' reboot: 'It should be a show for young adults'
music
Kanye West teases collaboration with DaBaby
sports
Daniel Jones' in-game speed has his teammate comparing him to Lamar Jackson
music
Vote on the 'Top 7 @ 7' songs with Rob + Holly