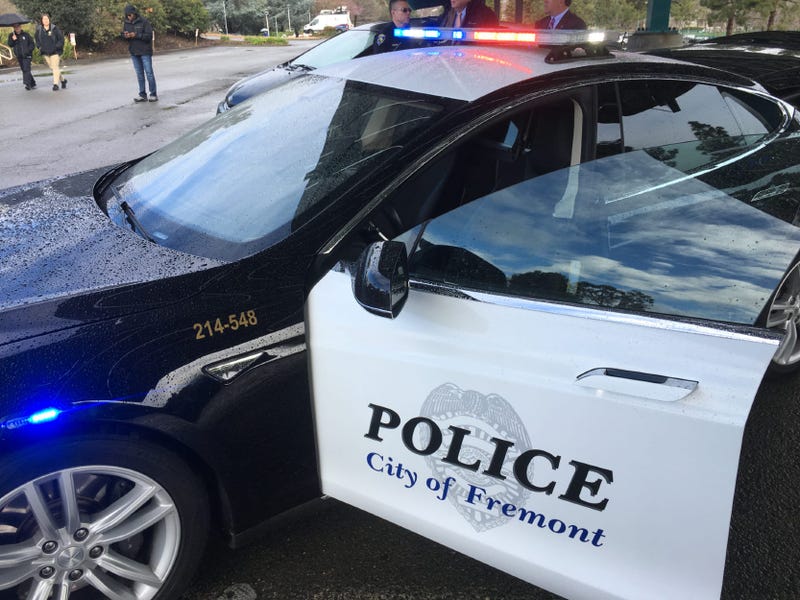 After an 80-year-old woman’s purse was stolen and her home was subsequently broken into, police set up mobile security cameras to monitoring a Fremont shopping center.

A solar powered mobile camera center has been set up in the parking lot of the Paseo Padre Shopping Center.

Detectives have deployed a camera trailer at the Paseo Padre Shopping Ctr. after an 80 year old victim was robbed of her purse. The trailer operates in accordance w/ our Community Camera System policy.For more info on the camera trailer, visit:https://t.co/5sfTEPdcyk pic.twitter.com/OBn7OU984W

“It’s really a camera system that is available for exactly this type of situation, as well as things like community events,” said Geneva Bosques, Public Affairs Manager at the Fremont Police Department.

Bosques said the cameras aren’t monitored back at the station in real time, but the video feed is stored for 30 days or longer, if it's part of an investigation.

Bosques told KCBS Radio that the shopping center has been the site of car burglaries and robberies for years. She added that a spike in residential burglaries in the city occurred about seven to eight years ago.

“We had a massive increase in those specific crimes, and, you know, we do believe that community video is a contributing factor,” Bosques said.

The department has a network of cameras throughout Fremont.

“We have another camera system in the shopping center in the south end of town, just to have a little extra visibility to help community members feel safe,” Bosques said. “Then, also, to warn those who think that they might be able to take advantage of people that we’re monitoring.”

Police are still looking for the suspect that robbed the elderly woman.