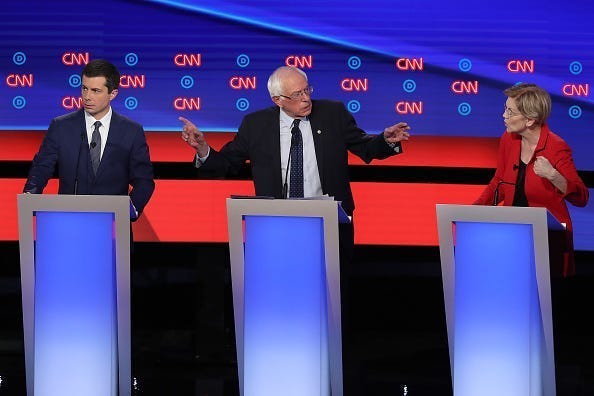 Three months before the California primary, the race for the Democratic presidential nomination remains fluid in the Golden State.

The latest survey shows Bernie Sanders surging to the top in California, while Joe Biden and Elizabeth Warren seem to be fading fast.

Now both have dropped support, to the benefit of Bernie Sanders and Pete Buttigieg.

“We now have Sanders and Warren sharing the lead at the top,” Dicamillo said. “But that represents a decline for Warren, who had a 7-point lead in our September survey, and Sanders has been the beneficiary of that. Now they are statistically tied.”

Biden has dropped from 20% to just 14% now, while Buttigieg doubled his support to jump into 4th place at 12%.

And unlike in Iowa, where the moderates are running strongest, Sanders and Warren keep first and second place in California.  Kamala Harris had only 7% in this poll, which was conducted before she dropped out.