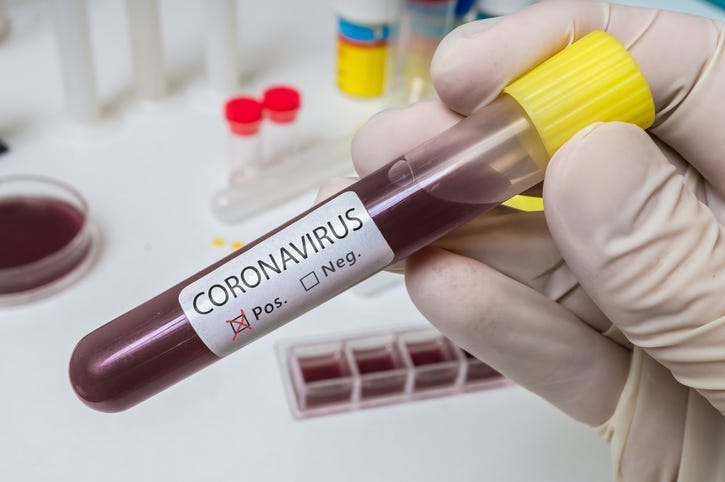 The number of positive coronavirus cases at Santa Rita Jail in Dublin has more than doubled from Thursday to Friday.

The Alameda County Sheriff’s Department confirmed that 101 inmates have now tested positive for COVID-19. The outbreak has spread greatly in July, with only six cases reported earlier this week.

“The majority of those being asymptomatic, but we’re seeing numbers that we haven’t seen before,” said Sheriff’s Sergeant Ray Kelly.

Kelly told KCBS Radio that the outbreak is currently confined to the two men's housing units where inmates who work in the kitchen facilities reside.

Kelly said that while a lot of testing has already been done, officials need to continue to expand it.

"The asymptomatic results that we are getting are definitely concerning,” Kelly said. “You can only see the virus through the test because it may not manifest with symptoms.

Lawyers for a firm suing Santa Rita accused the county of not enforcing its testing policies at the jail, and not strictly enforcing enough mask or sanitation policies.

“We have put every measure in place,” he said. “Everything we do exceeds the CDC guidelines. We have spent millions-of-dollars on equipment to sanitize.

Kelly added that the jail is running an education campaign to make sure inmates know to wear their masks when they’re not alone.