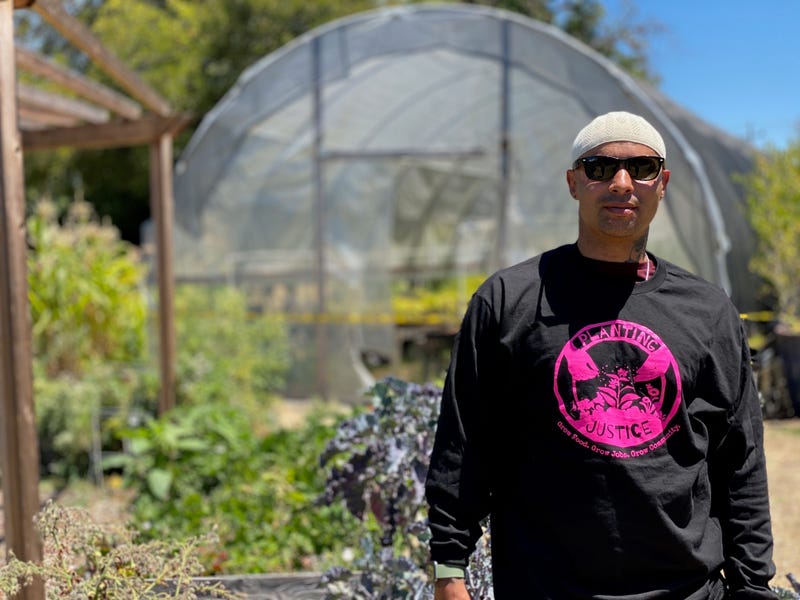 All this week, KCBS Radio is examining the coronavirus outbreaks at California prisons. In part one, we heard what it is like to be sick with COVID-19 at San Quentin. In part two, we looked at what has changed to prevent similar outbreaks. In part three, a victim of violent crime spoke about why she supports calls for mass releases. In part four, two men released from San Quentin spoke about their experiences.

In part five of our series, KCBS Radio’s Kathy Novak introduces us to a man who is working to help formerly incarcerated people adjust to life outside prison walls.

Rasheed Lockheart’s last job was as the lead engineer on a fire crew.

"The firehouse was the most awesome thing I’ve ever done in my life," he told KCBS Radio. "I am a firefighter through and through now."

He was serving a 24-year sentence for armed robbery at the time, among the people incarcerated at San Quentin who were considered low-risk enough to live in a firehouse outside the walls. Alongside colleagues who were not incarcerated, they responded to emergencies in and out of the prison.

Lockheart was released in January and has been hearing about the COVID outbreak from friends on the ambulance crew. "My guys at the firehouse we like, 'We’re getting more calls than we can handle.' I talked to one guy one time. It was like nine o’clock in the morning. He said, 'We’ve had five calls already this morning. But there was a total of 11. We were only able to respond to five of them.'"

It has been tough for him to watch from afar. "I feel helpless, right? I mean I get emotional, I’m sorry, but I feel helpless because I have, like, survivor’s guilt."

He would love to be a firefighter on the outside.

But, he explained, "I can’t get an EMT license with a felony. So for now, I am doing social justice work, and it is the most fulfilling thing I think I can be a part of."

He is working as a re-entry coordinator at the non-profit, Planting Justice. Among other things, it runs a nursery in East Oakland that is staffed with formerly incarcerated employees.

Gordon Limbrick, Otis Spikes and Thomas Gibson are all from the local neighborhood.

"I’m able to provide a lot better. I’m for sure staying out of a lot of trouble," said Spikes.

Especially during this pandemic.

Thousands are being released because of the outbreaks at prisons. Rasheed Lockheart worries those left behind are still at risk of dying from the virus.

"There are human beings in there who are worth releasing right now, who are great members of our society, who just need the opportunity."

He said he will be there for those who are getting out.

"I’m going to try to help those who need help get jobs or be able to have some sense of a network or support coming out of incarceration."

Maybe one day, he will become a firefighter again.
COVID-19 Crisis Rages In San Quentin, Cries For Help Grow