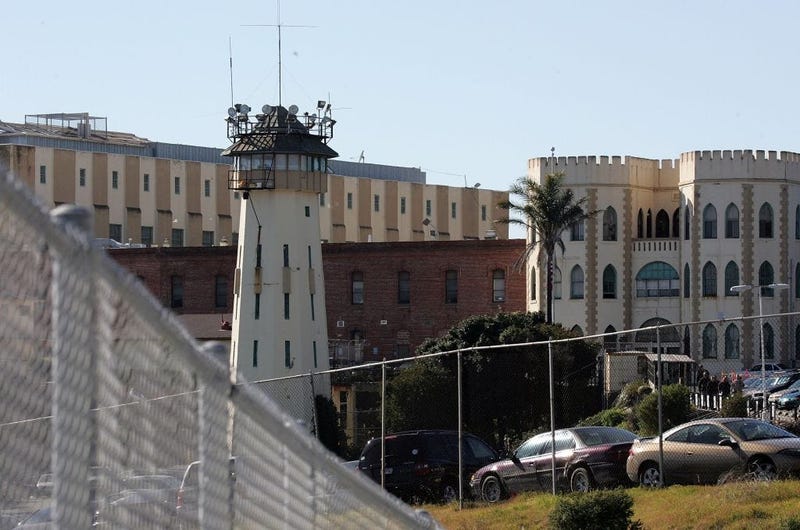 All this week, KCBS Radio is examining the coronavirus crisis behind prison walls.

In part one of our series, KCBS Radio's Kathy Novak looks at the state’s biggest outbreak at San Quentin Prison in Marin County, where more than 2,000 people have been infected, and 21 have died.

Growing up in Sacramento was tough for Thanh Tran.

He was placed in foster care when he was 18-months-old and joined a gang at 12. He had just turned 18 when he committed the robbery that landed him in prison.

"Almost on a daily basis, I was hearing five to six 'man-downs.' People screaming, 'Man down! Man down!' followed by an alarm," he told KCBS Radio on a collect call from San Quentin. "And it was terrifying."

UC Berkeley Epidemiologist Dr. Sandra McCoy was one of a group of doctors who visited San Quentin in June. They warned it was vulnerable to an outbreak.

"There was really antiquated facilities, poor ventilation and overcrowding," she explained. "These factors together are really a perfect storm for COVID-19 to then spread widely, as we now know that it did." Tran said he eventually got sick.

"I was just curled in a ball, I was throwing up, I couldn’t even stay awake," he said. "I was sweating and then having the chills and then going back to throwing up. It was the sickest I’ve ever been in my life."

He wrote a letter begging Gov. Gavin Newsom for help.

His friend, James King, who was released from San Quentin in December, read it out at a news conference.

"They sent me to the triage to go speak to mental health, and then mental health said they were sent to check on me," he said. "The thought was appreciated for sure. I’m amazed that my letter was heard enough for the prison to come check on me."

He is over the worst of the symptoms, but now, he is mourning the loss of a close friend who died after catching COVID-19.

"This virus is real. It’s killing people," he said. "And conditions aren’t getting any better."

On top of that, he has been locked in a four-by-nine foot cell with his bunkmate for months.

"This is our new normal," he said. "Twenty-three to 24-hour lockdown. This is the first time I got a shower in seven days."

After their visit, the doctors had a number of recommendations on how to slow the spread.

"The most important recommendation we made was around reducing the number of people in the facility," Dr. McCoy said.

They said the population should be cut in half, with fewer people by half in each of the units, potentially slowing the transmission of the virus.

"At a minimum, we thought that individuals should be held in single cells, not doubled up," she explained. "That would also dramatically decongest some of the dorm housing or housing that was happening in the gymnasium, an ad hoc housing setting."

Some people have been released early, though not by the 50% the doctors recommended. The prison's population has been reduced from 4,051 in March to 3,326 on July 22.

The Department of Corrections and Rehabilitation said this has been done through the suspension of intake from county jails, expedited releases and natural releases. CDCR also said the state’s prison population is below 100,000 for the first time in three decades.

In part two, we will look at what steps are being taken to prevent another major outbreak in prisons around the state.
Protesters March To San Quentin Prison, Call For Mass Release Amid COVID-19 Outbreak