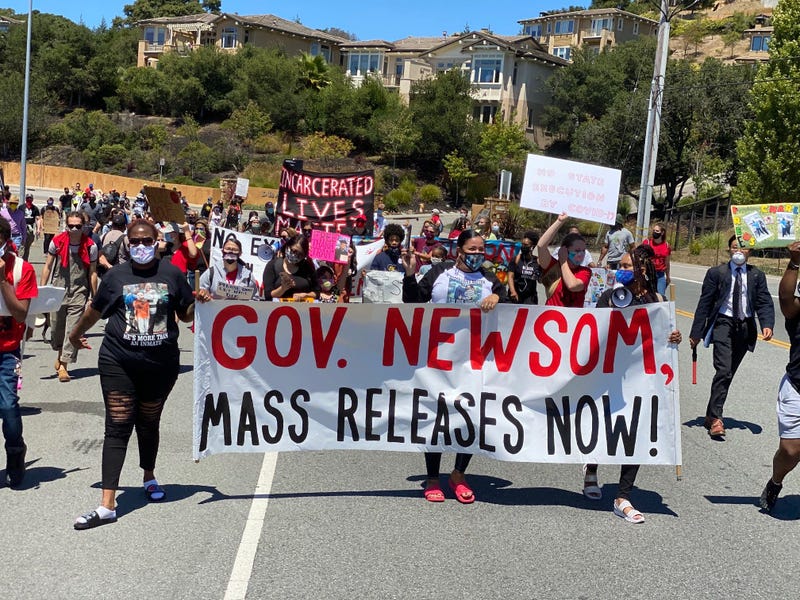 “COVID spreads so easily because of the inhumane infrastructures of prisons, as well, so we have a lot to address here,” Morris said. “Gavin Newsom does have the opportunity to grant mass releases, and that’s what we’re demanding today. No state execution by COVID-19.”

More than 2,000 San Quentin inmates have tested positive and 21 have died so far, according to the latest numbers from the California Department of Corrections and Rehabilitation. There are 147 inmates currently infected behind bars.

On a cell-phone, inmate Troiano Hudson spoke about conditions inside, saying the response feels disorganized.

“We can't say we have a moratorium on the death penalty if we’re dying due to criminal state negligence at the hands of the state,” she added.

The outbreak at San Quentin was tied to the transfer of inmates from another state prison in Chino.