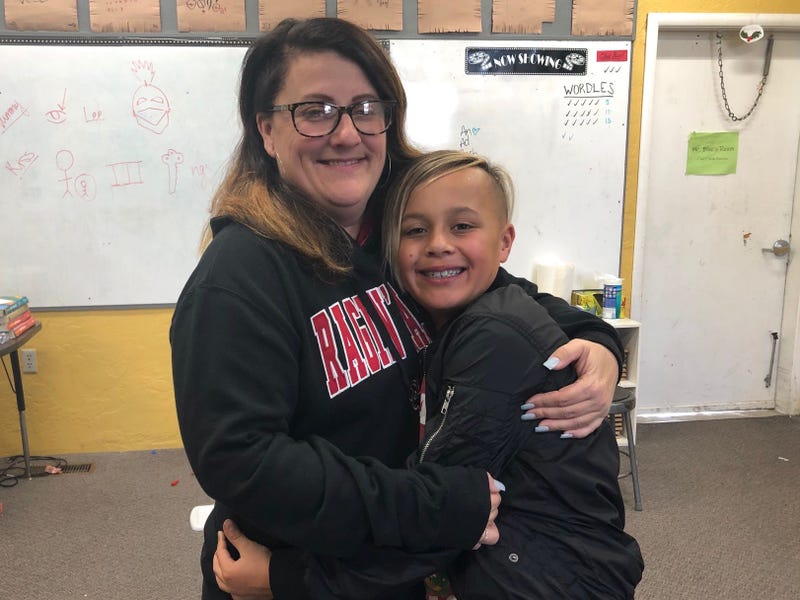 January 9, 2020 01/09/2020 10:20 pm
UPDATE: A day after this article was originally published, the Napa Police Department said it is investigating allegations of fraudulent fundraising related to the Napa Valley Unified School System lunch program. The police statement affirms the school district's policy.
"The Napa Police Department is working with NVUSD and has confirmed their long-standing policy that no child is ever refused lunch because of an outstanding lunch debt or inability to pay," the police department said.
The police department did not name any suspects. However, the Napa Valley Register published an article January 10 saying that Kylie Kirkpatrick has been trailed by accusations that she concocted the story of her son's generosity for personal gain. Kirkpatrick has consistently denied wrongdoing, the Napa Valley Register said.
KCBS Radio's origianl article is below.
The KCBS Difference Makers is a weekly feature by reporter Carrie Hodousek that tells the stories of ordinary people working to bring positive practical change in their local community.

Ryan Kyote wants to make sure no child goes hungry.

The 10-year-old boy from Napa was named one of TIME magazine's heroes of 2019 for helping his classmates pay off their debts in the school cafeteria.

His charity on the checkout line started when Ryan saw news coverage of an Indian girl who didn't have enough money to buy lunch at school.

"I felt sad because I didn't want that to happen to my friends," Ryan told KCBS Radio.

So, he dipped into his allowance and used $74 to pay off his classmates' debt at West Park Elementary School.

"My friend Dean had no lunch, so I asked him 'do you want me to buy you a pizza with my lunch card, because it was pizza day?' Ryan recalled.

That gesture snowballed, making him the face of a movement to end debt in school lunchrooms statewide. Gov. Gavin Newsom signed a law to end shame and hunger at school. It guarantees students receive a meal even if their parents have failed to pay the bill.

"I think hunger is definitely part of it, but the other is about the awareness of debt," said his mother Kylie Kirkpatrick. "A 5 year old shouldn't be put in a position where they have to question 'am I going to have enough money at school tomorrow to be able to eat?'"

Kirkpatrick said she was surprised to learn students owed as much as $25,000 to Napa Valley Unified School District for unpaid meals.

District officials said they never punish students who are in arrears. Still, Ryan decided to help get his friends back on good standing.

"I know I wasn't thinking about those kind of things when I was 10 years old," his mother said.

Ryan's gesture has motivated other states to consider lunch shaming bans. He said it's an honor to be recognized as a by TIME magazine.

"It feels like you did something awesome and you should be proud of yourself," he said.

If you know someone who is making a positive impact in the community and would like to nominate them as a KCBS Difference Maker, e-mail differencemakers@kcbsradio.com.