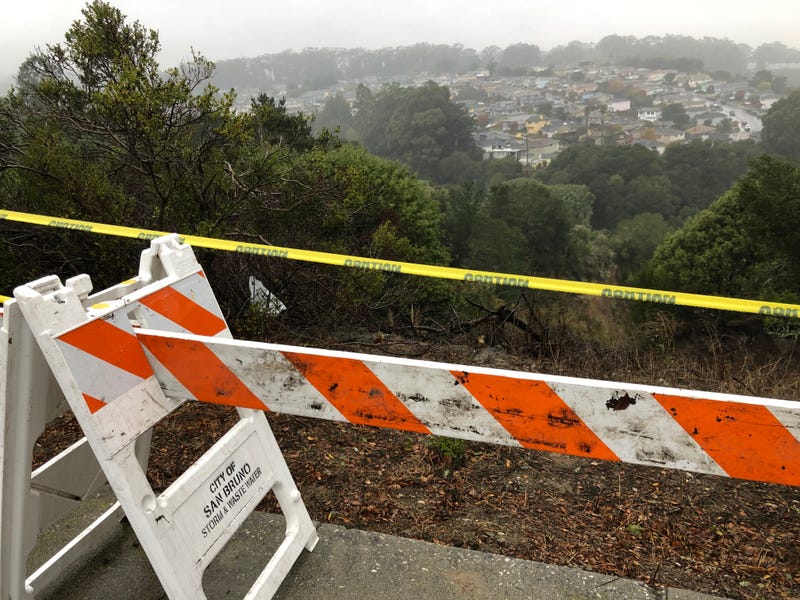 The city of San Bruno has declared a local emergency because of a landslide at San Bruno Avenue near Glenview Drive.

One lane of the four lane road has been blocked off by cones, and the sidewalk is closed.

Just on the other side of the yellow caution tape there is about 30 feet of hillside that washed away Tuesday.

The slide zone is in a residential area, but no homes are in danger.

The roadway there is treacherous, and one San Bruno resident told KCBS Radio he's being extra cautious as he drives through.

The emergency declaration gives the city of San Bruno the ability to immediately acquire geo-technical, construction and other services to help keep the situation from getting any worse.

With just intermittent pauses in the rain expected over the next few days, more communities are preparing for similar problems, as well as  possible flooding.

Of particular concern is the area in Sonoma County that was burned by the Kincade Fire. Damage to the land is making it especially vulnerable to sliding.