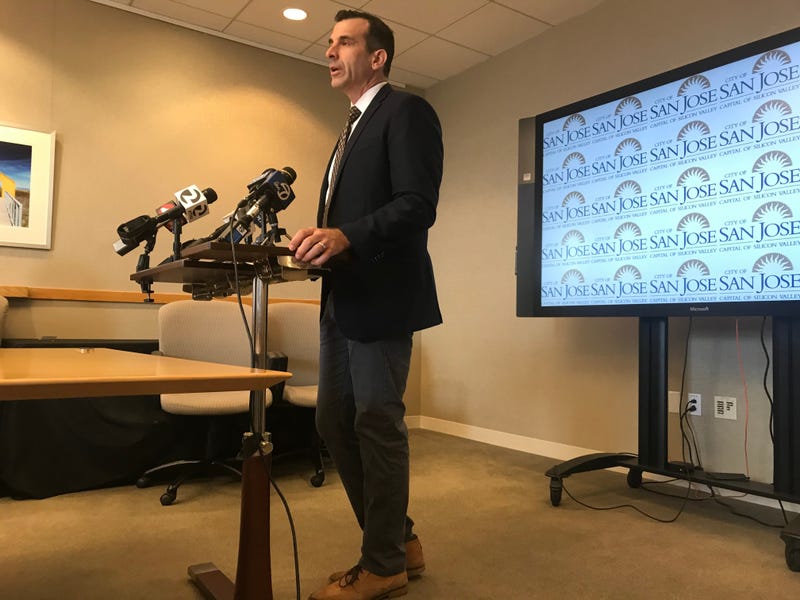 A coalition of local government officials are rallying behind San Jose Mayor Sam Liccardo’s call to transform PG&E into a customer owned co-op.

The proposal has gained considerable support since its initial announcement last month. Now, 114 elected officials representing millions of PG&E customers signed onto the plan, calling for customer ownership of the bankrupt utility.

“What we need to do is fully allign everybody’s financial interest, so that every dollar coming from repairs is invested and improving the reliability and safety of the grid,” Liccardo said at San Jose City Hall today.

Liccardo’s office has been leading the charge, making the case that a customer-owned utility would do a better job at investing money for needed grid improvements.

Along with the boost in support, the mayor also announced a list of operating principles that would guide the new entity. Notably, it includes a commitment not to cut off any current coverage areas from the future grid.

In response to the announcement, PG&E expressed opposition to a customer takeover and stated its commitment to safety improvements.