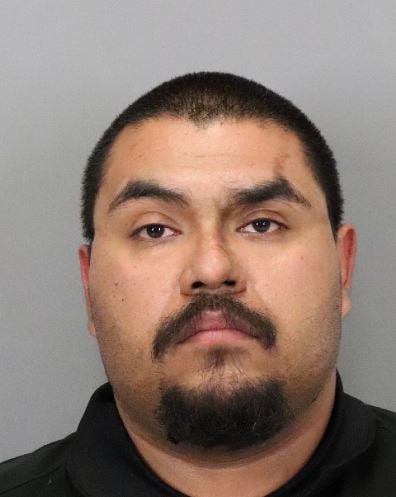 Two officers opened fire when those techniques failed because 32-year-old Jose Antonio Delossantos charged at them Saturday, according to Police Chief Eddie Garcia.

The suspect survived what was the San Jose police department's first office-involved shooting of 2020. Delossantos remains in a hospital.

The police had allegedly confronted Delossantos after spotting him stuff a wad of paper into a gas pump nozzle near the Eastbridge Mall.

Using training they had learned in conflict intervention, the police spoke to Delossantos for four minutes in an unsuccessful attempt to calm him, Garcia said. They escalated the situation by firing bean bag shotguns and Tasers before using their firearms, officials said.

"I don't know if any amount of training is ever going to prepare you really how to deal with that," said Garcia. "What I'm pleased is the fact that they truly tried to deescalate the situation."

Delossantos appeared to be mentally unstable or under the influence of drugs, Garcia said.

"There was a very ominous laugh that the suspect had. There was something going on," Garcia said. "Obviously, very erratic behavior, but we don't know exactly what was causing him to light that pump on fire."

San Jose police were involved in four shootings in 2019. All of those were fatal.

Police are expected to release the officers' body-cam videos of the incident.

Strictest Ban Yet Proposed On Flavored Tobacco And E-Cigarettes