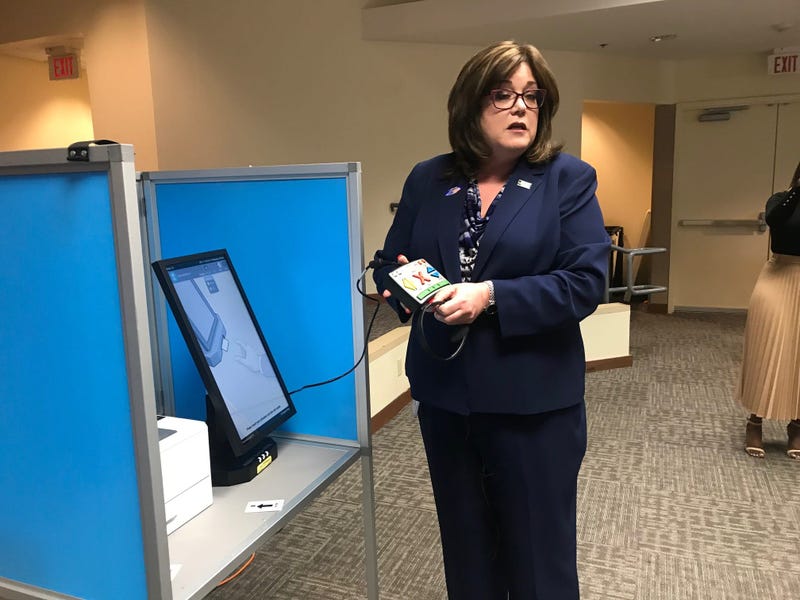 Santa Clara County has unveiled a new voting system, which voters will get to test in the California state primary March 3.

The upgraded system is part of a multi-million-dollar lease deal, and includes changes to ballot scanners, tabulators and ballot-marking devices. County officials said it’s all part of an effort to get voting gear up to date.

Santa Clara County Registrar of Voters Shannon Bushey, who hosted a tour and an early look at the new voting method, said voters will have a more modern feel when using it in future elections.

“They will go to an electronic poll book now, instead of the old paper roster where you signed in,” Bushey said. “Now, we look you up on a tablet.”

The gear gives more flexibility to the voting process, and paves the way for other new additions to Santa Clara County this election cycle.

The Voter’s Choice Act, which will swap out the normal neighborhood polling places for a smaller number of more versatile polling centers.

“I think the voters, in the end they’re going to like the new system,” Bushey said. “And the option of still having a vote center they can go vote at.”

Bushey said the new gear will help the voting process flow a lot smoother and more quickly, eliminating the dreaded hassle that often deters residents from voting at all.