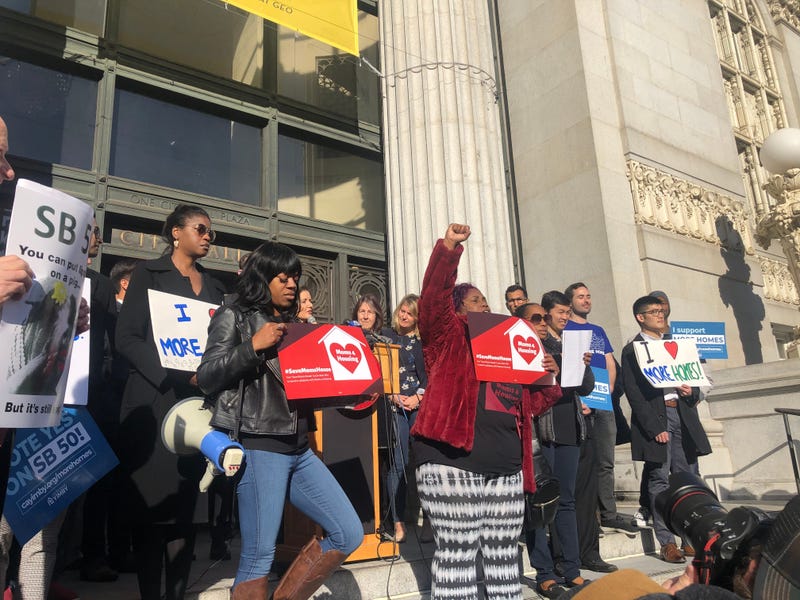 State Sen. Scott Wiener is hoping the third time's a charm for SB-50, a bill that would require dense housing near transit and areas with jobs.

But much like the last two times he’s introduced the legislations, it’s been met with a swift backlash.

The latest uproar occurred Tuesday on the steps of Oakland’s City Hall where protestors interrupted Wiener (D-San Francisco) as he explained how SB-50 aims to address California’s shortage of 3.5 million homes.

But protestors, including Moms 4 Housing co-founder Dominique Walker, disagree, saying there are four vacant homes for every one homeless person in Oakland. Moms 4 Housing has gained attention recently since two members took control of an uninhabited house in West Oakland.

“No, we don’t support SB-50,” Walker said. “We don’t need more housing. We need it to be affordable. There’s not a scarcity of housing in Oakland.”