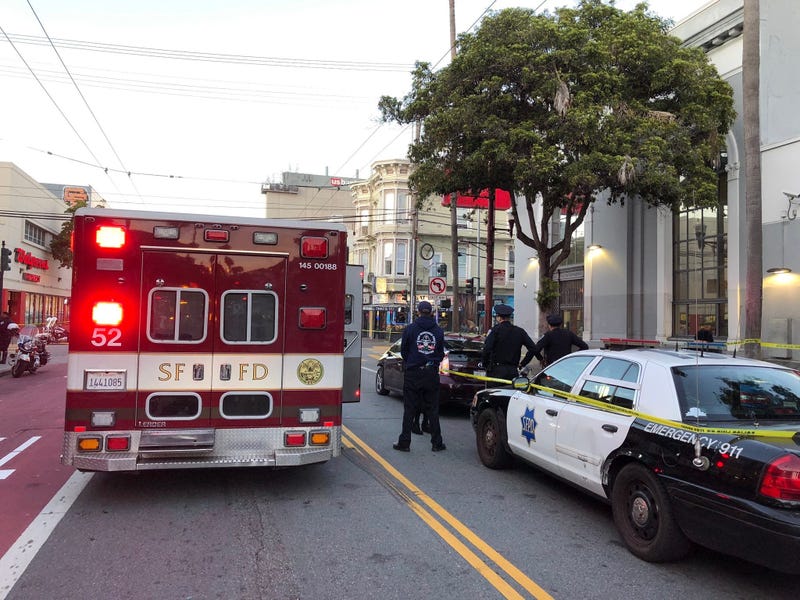 A suspect is now in custody after a collision left three pedestrians injured in San Francisco's Mission district Wednesday.

San Francisco police said the driver of a burgundy Toyota Prius plowed into the three pedestrians at 23rd andand Mission strets just before 4:30 p.m. Wednesday. One of the pedestrians was using a crosswalk before he was struck and pinned to the side of a Muni bus.

The suspect's vehicle then jumped the curb on Mission Street and hit a man and a woman getting off the bus, authorities claimed.

“Simultaneously we had a Muni bus traveling northbound, which had a green light,” said SFPD Sgt. Frank Harrell. “And somehow this driver of the Prius accelerated at high speed, making contact with the bus, and injuring a passenger that was in the crosswalk, basically sandwiching the person.”

The male victims are 49 and 34 years old, and remain in the hospital with life-threatening injuries. The female victim was treated at the scene and released by emergency crews.

Authorities are waiting for results of tests for drugs and alcohol in the suspect.

No other information has been released on the identities of the suspect or the victims.