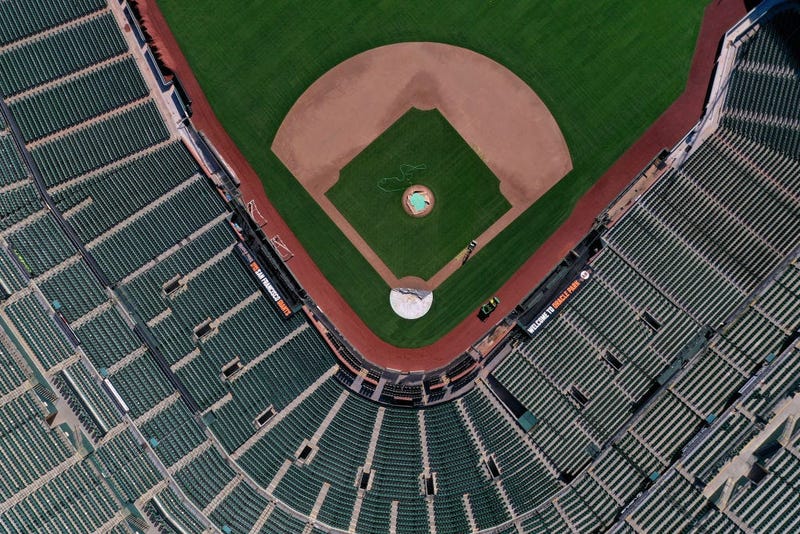 July 8, 2020 07/08/2020 6:23 am
The San Francisco Giants were supposed to have their first modified scrimmage of the summer on Tuesday, but instead, practice has again been delayed by the coronavirus pandemic as test results from the players are taking longer than expected.

OFFICAL: #SFGiants are suspending workouts at Oracle Park, pending the results of tests conducted this past weekend.

Mark Purdy is a San Jose State University lecturer and former sports columnist for Mercury News and he told KCBS Radio that it seems the Giants are having problems executing its plans to begin its late season in the middle of the pandemic.

“They’re supposed to be tested every other day, supposed to get rapid responses to those tests, and therefore be able to carry on their business,” he said.

It’s not just the Giants that are facing this problem. The Oakland A’s have also had to delay practice, as have other teams across the country.

Purdy said the way Major League Baseball has decided to hold a season means a whole lot of moving parts.

“[They are> going through airports and on buses, as opposed to the NHL, NBA and soccer, which are all in one place,” he said. “So there are a lot of things that can happen here.”

He added that he applauds the Giants for their effort in trying to get everything done, but wouldn’t be surprised if the season is ultimately canceled before the end.

The Giants expect to be back on the field on Wednesday.