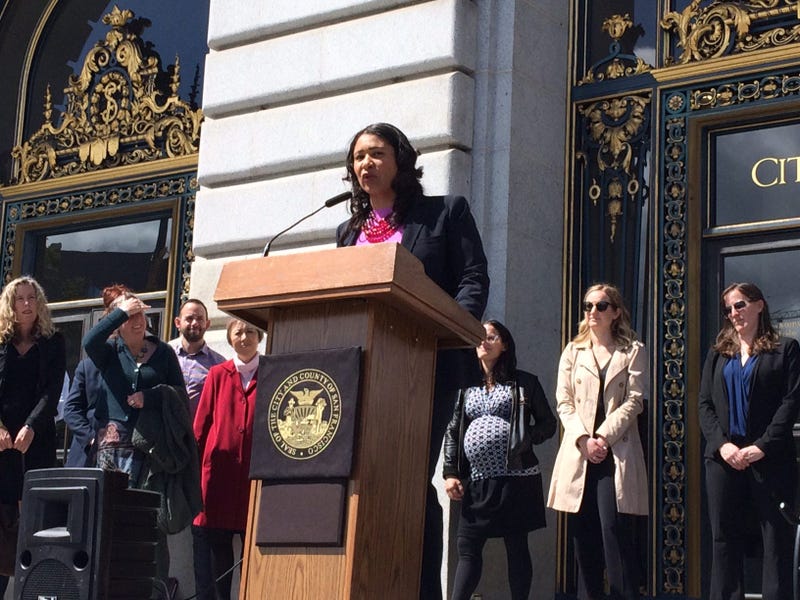 San Francisco Mayor London Breed and Supervisor Shamann Walton have both tested negative for the coronavirus after they were exposed to someone who was known to have COVID-19 at an event this week.

Officials have not released information about the event, but it is believed to have happened Tuesday at a news conference in the Bayview with the family of a six-year-old who was killed by a stray bullet. Mayor Breed said she will be tested again in one week, as there can be a delay between exposure to the virus and a positive test, and will limit her public events for the next 10 days as a precaution.

I'm lucky to have a job that allows me the flexibility to work from home when needed. Not everyone is so lucky. If you've tested positive and need support, you can visit https://t.co/JK113k2EPq or call 311 for more information.

The two city leaders were tested Wednesday and received their results in one day, a much quicker turnaround than many in the city are currently experiencing. With so many people now lining up for tests, the turnaround time is now between five to seven days.

"We have to come up with a better solution to this," said Dr. Amesh Adalja, senior scholar at the Johns Hopkins Center for Health Security. "Right now if you go to the hospital and get tested, because hospitals have their own capacity to test you get that result usually within a couple of hours. But it’s very different if you’re an outpatient just getting tested."

"As more states begin to scale their testing capabilities, new constraints are materializing within the supply chain," he said. "Simultaneously, laboratories are becoming overwhelmed with high numbers of specimens, slowing down processing timelines."

In San Francisco, patients have been told it can take up to a week to get tested. Some patients at a free testing site at Independence High School in San Jose waited for an hour Wednesday in a line that wrapped around the school and out into the parking lot, even with an appointment.

"We need to get that much, much faster," said Dr. Adalja. "Because most of the cases now are in younger patients who are not needing hospitalization, who are getting tested at these outpatient facilities."

Mayor Breed said she was exposed to someone who knew that they had the virus. Dr. Adalja believes that may become more common, because patients are expected to isolate themselves while they wait for their result but five to seven days may be too much to ask of some people.

"Many people aren’t, and it becomes impractical if they’re waiting seven days for a test result because it may be too disruptive to their lives, so they kind of take chances," Dr. Adalja said. "And maybe some of those people do spread infections because they are positive."

Mayor Breed has said she will continue to work out of San Francisco City Hall, which is closed to the public.