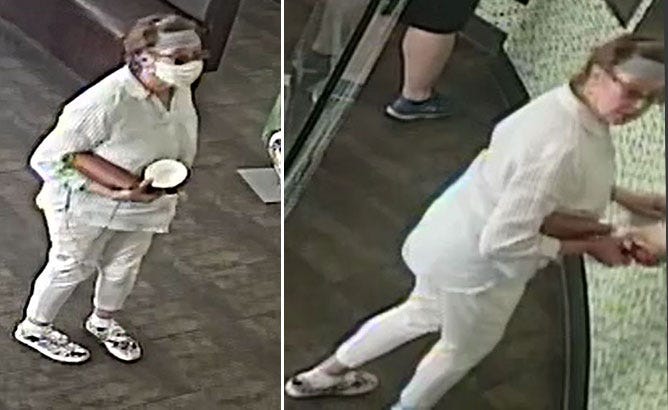 Police say it happened at the YogurtLand on Cottle Road on Friday afternoon.

The suspect apparently got upset that another woman and her 1-year-old child, who was in a stroller, were not maintaining enough distance in line. Surveillance video shows the suspect take off her face mask, lean over the stroller and cough several times.

The suspect is now wanted for assault. She is described as a white female in her 60s, medium build, wearing a gray bandana, glasses, long sleeve shirt with gray vertical lines, white dress pants and patterned tennis shoes.