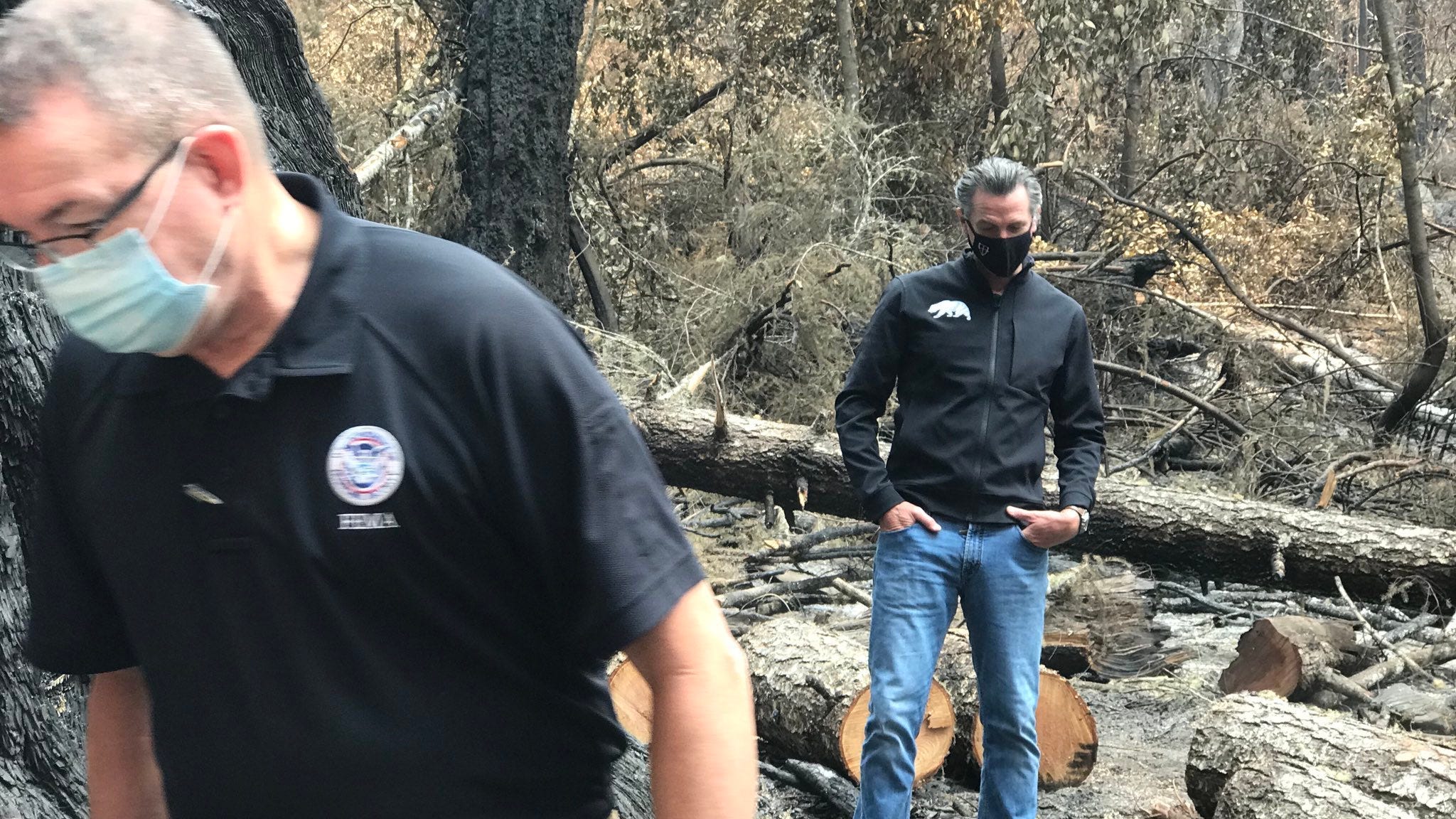 Thousands of people are still out of their homes after the CZU Lightning Fire marched into the Santa Cruz Mountains. This week, KCBS Radio is looking at how the fire touched the mountain town of Ben Lomond. In part one, the story of one evacuee who has survived multiple fires.
In part two, reporter Matt Bigler looks at how a volunteer fire department protected the town.

Not far from a completely destroyed home outside Ben Lomond stands evidence of a desperate firefight. A garden hose stretched across the driveway to the gate where the house stood, the end of the hose melted.

As the flames from the CZU Lightning Complex fire approached, most residents evacuated as they were ordered, but some stood their ground.

"I stayed at the bakery during the evacuation. So I was wetting down the building and make sure they were okay," said Allan Stone, who protected the bakery for three days straight with nothing more than a garden hose. "Until the fire department came and told me to stop using water because they need it."

That department is the all-volunteer Ben Lomond Fire Department, which left to protect the town on its own as CAL FIRE was stretched thin across the state.

"We were told by CAL FIRE that they weren’t going to assist us. They didn’t have the resources," said Fire Chief Stacie Brownlee. "They were gonna pretty much let the fire burn to Highway 9."

Brownlee says that would have destroyed much of the town, so they decided to draw a line in the sand on Alba Road.

"They kept a good hard line and stopped the fire," she said, potentially saving hundreds of homes. "It got pretty intense."

The department now has a moment to catch its breath, but there are still two months left in the fire reason.

"Getting ready for the next event that’s gonna happen. Hopefully nothing," said Chief Brownlee, joking, "A swarm of locusts? I don’t know."

Desperate Californians Are Now Buying Their Own Fire Trucks