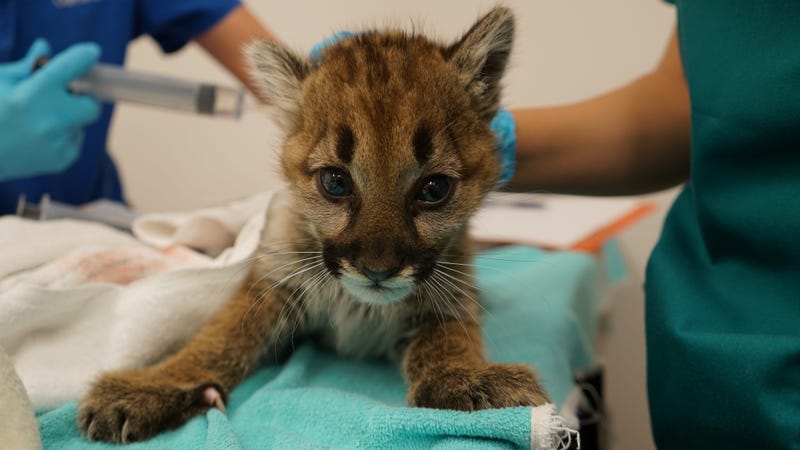 The cub's predicament highlights the growing amount of conflict between humans and wildlife across California.

The young cat, barely a month old, has been putting on weight and gaining strength after arriving in a weakened state at the zoo's veterinary hospital.

The cub was one of three that were found in an abandoned den by a homeowner who hear the animals crying near Highway 50 outside of Somerset.

Parrott said it’s not known what happened to the mother, but most likely, she was killed during some encounter with humans.

Such encounters are common in California, which has more mountain lions than all other states.

“The mother vanishes, usually hit by a car or possibly shot, and someone didn’t realize that there’s a whole litter [of cubs> hidden away somewhere, and then the kittens are on their own,” said Parrott.

Once the cub is able to eat solid food and is fully recuperated, he will be transferred to a new home at the El Paso Zoo.

In a press release, the Oakland Zoo said the California Department of Fish and Wildlife has rescued and brought 10 orphaned mountain lion cubs to the zoo in the last two years.